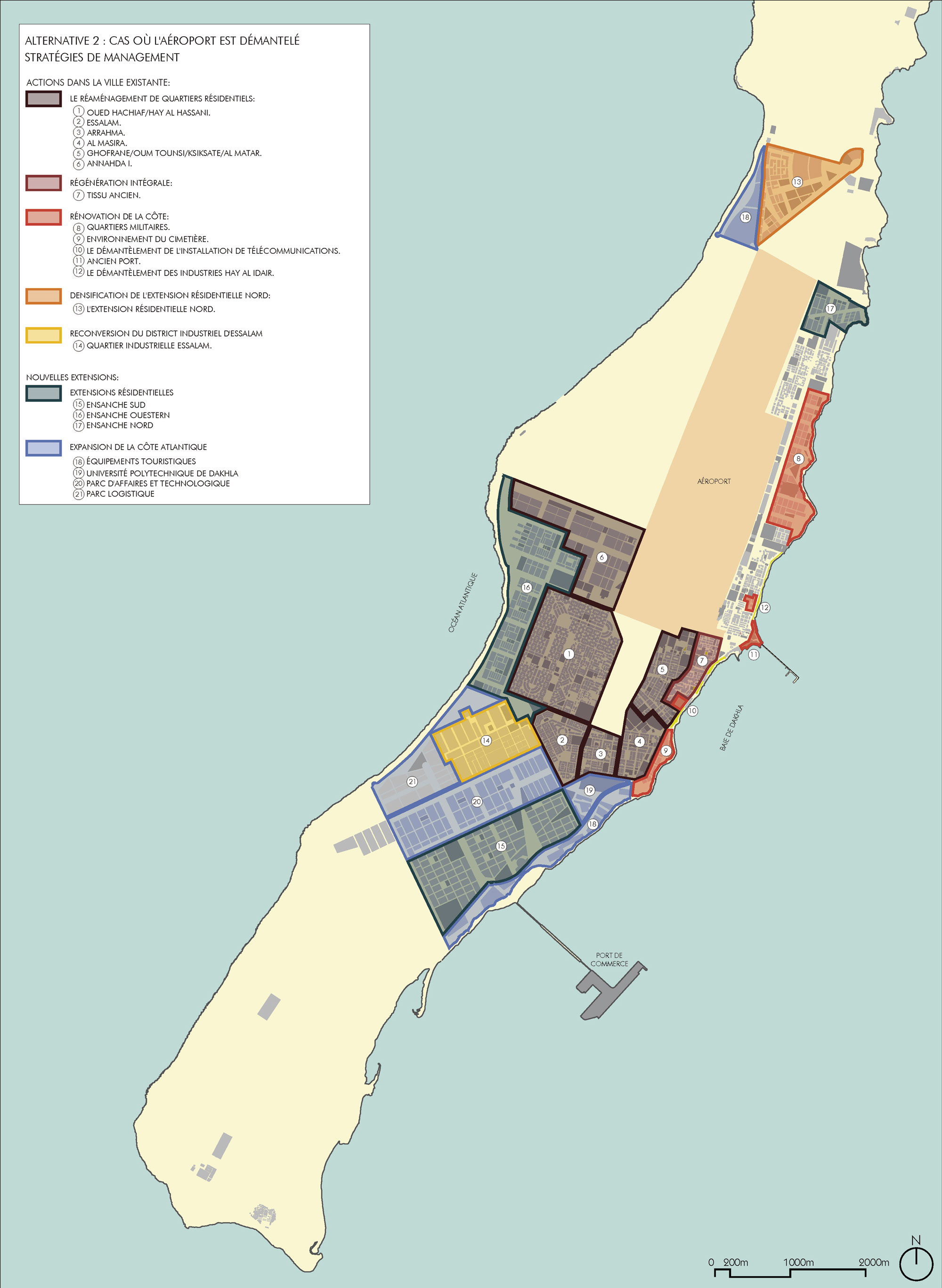 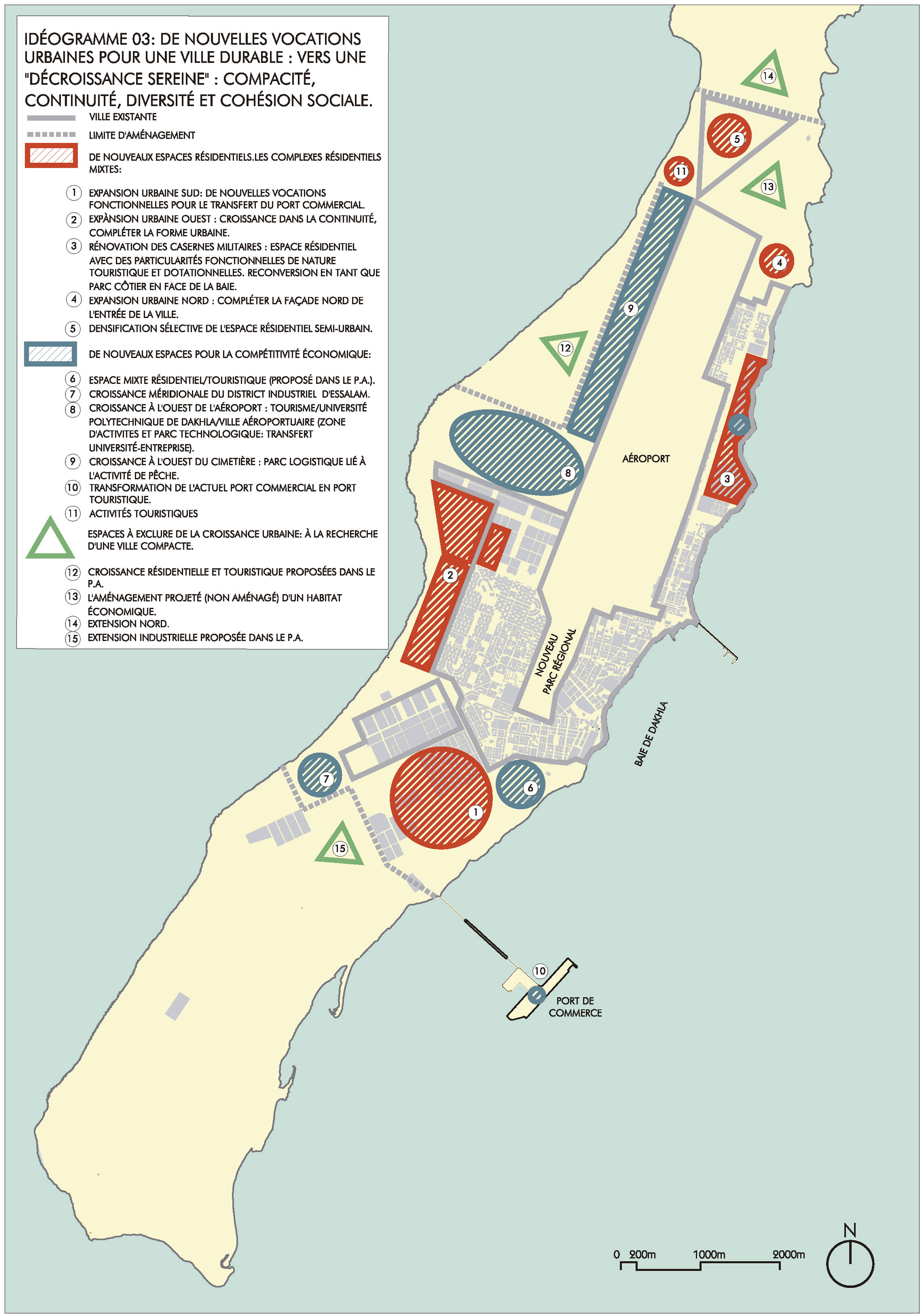 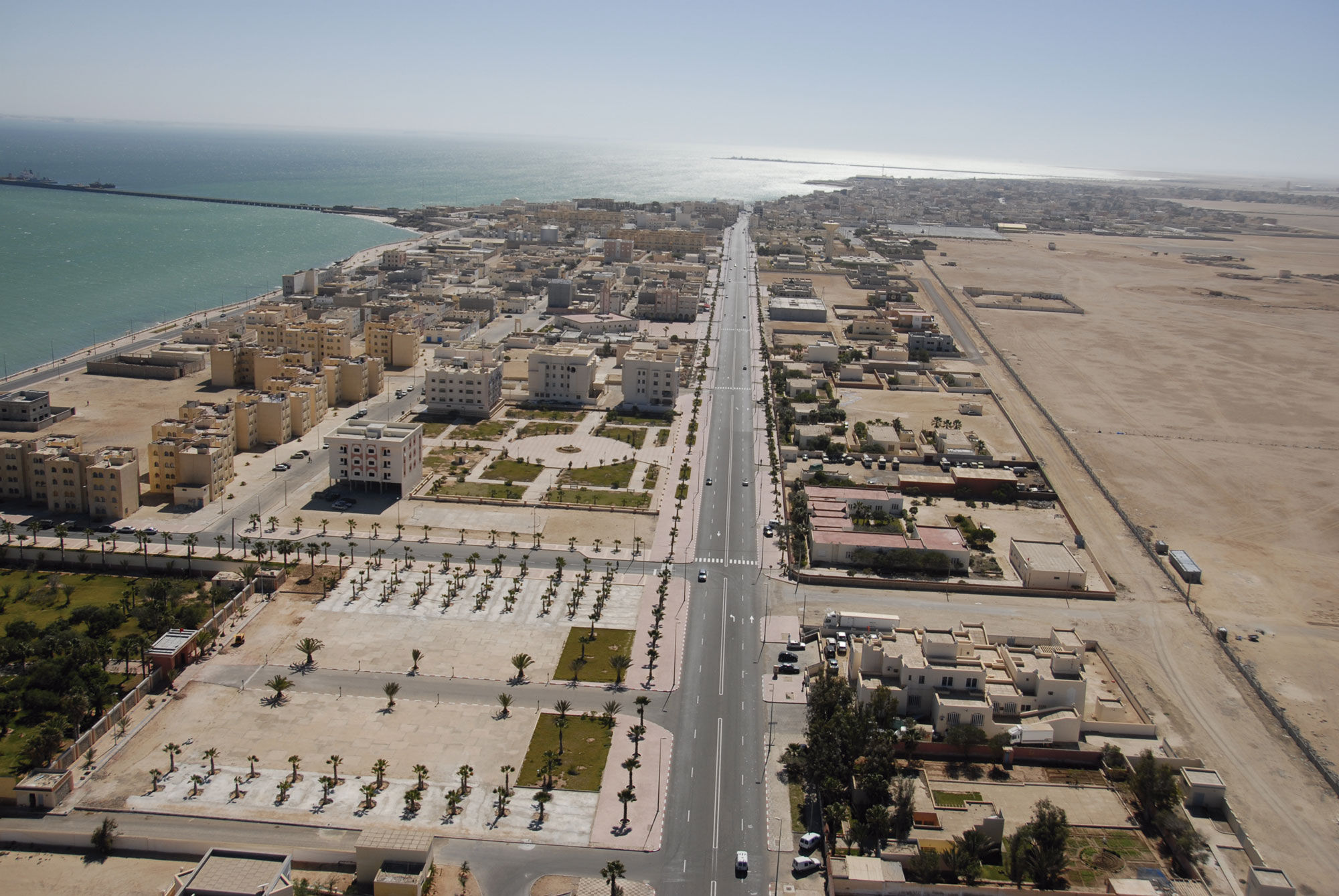 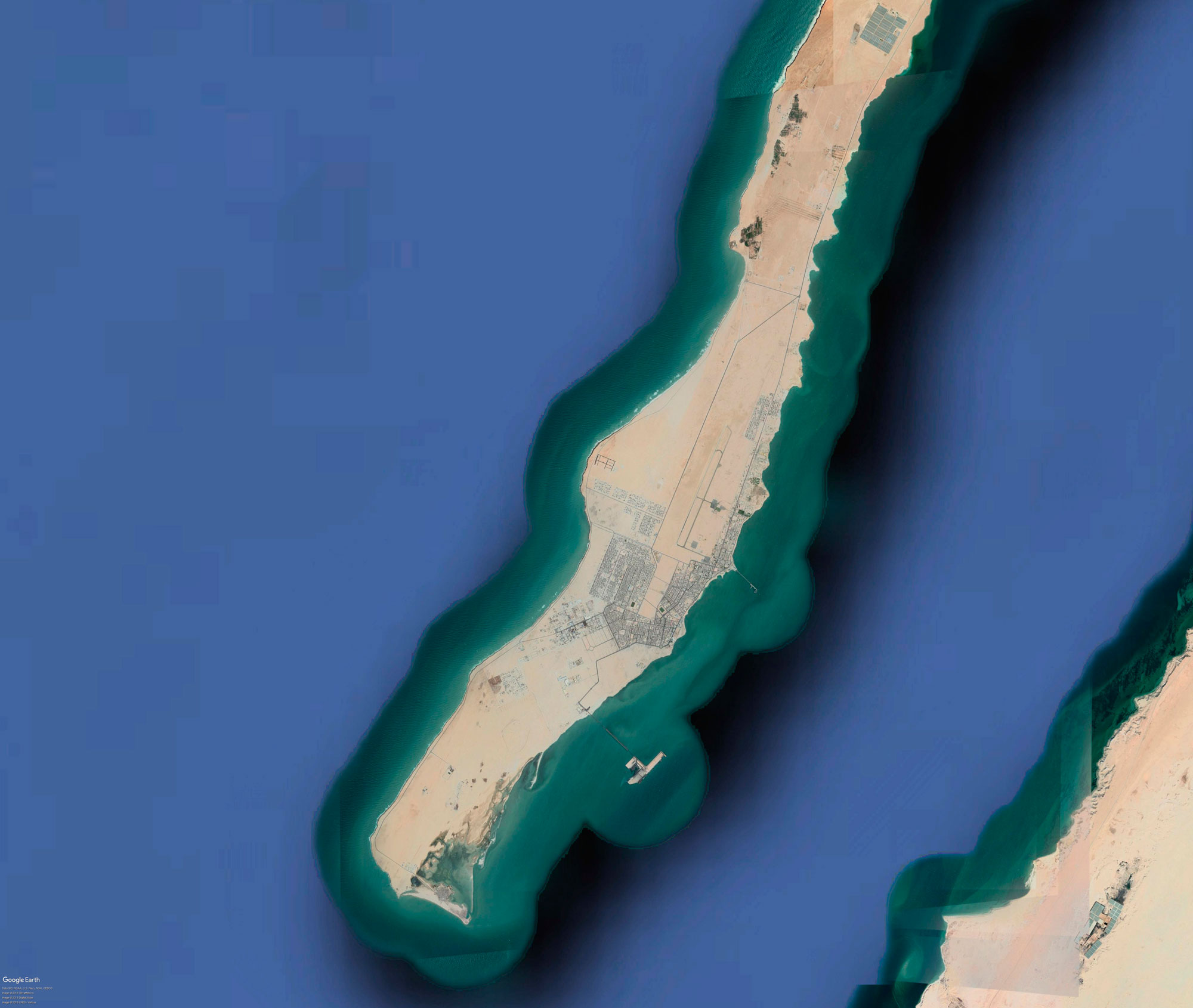 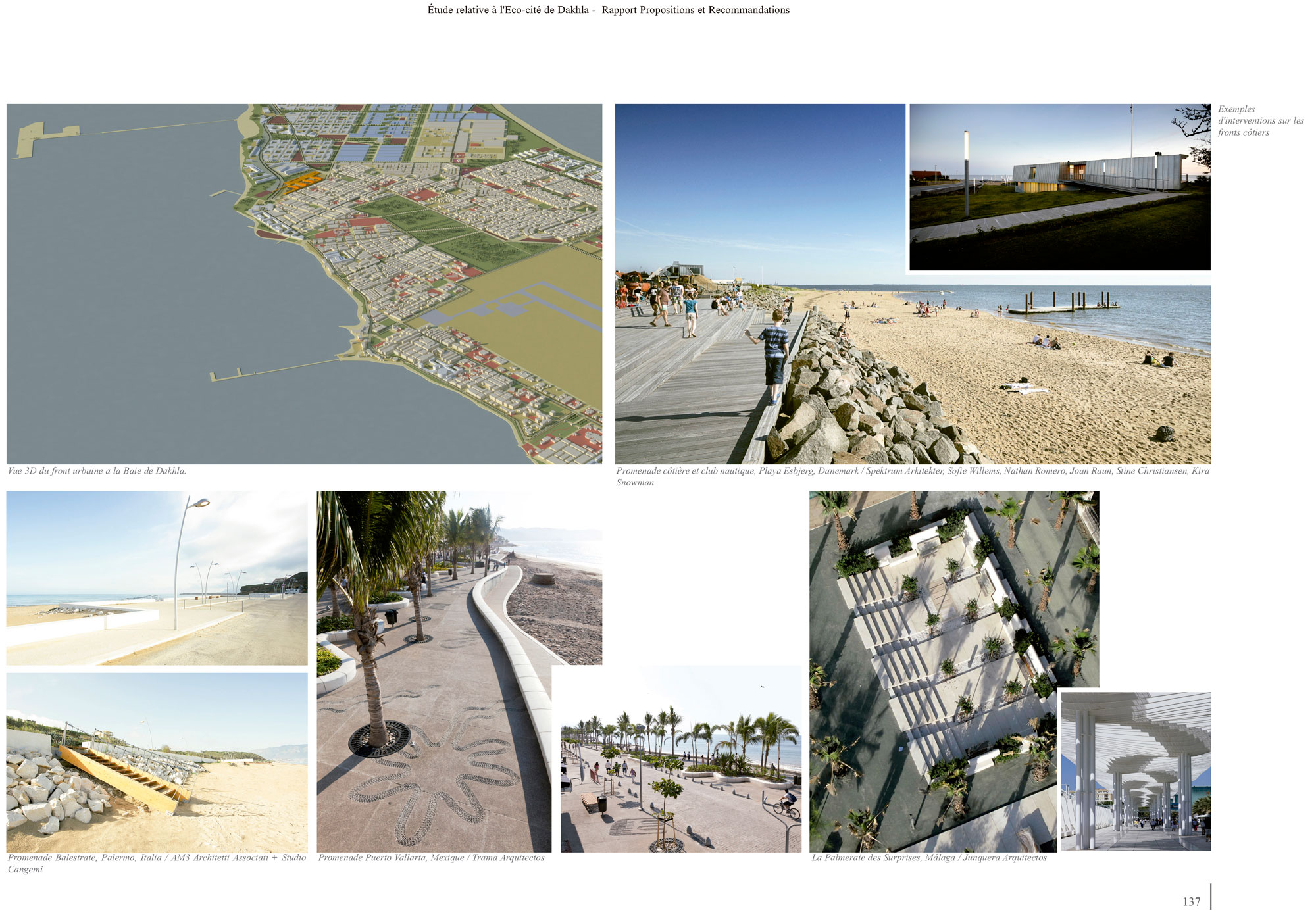 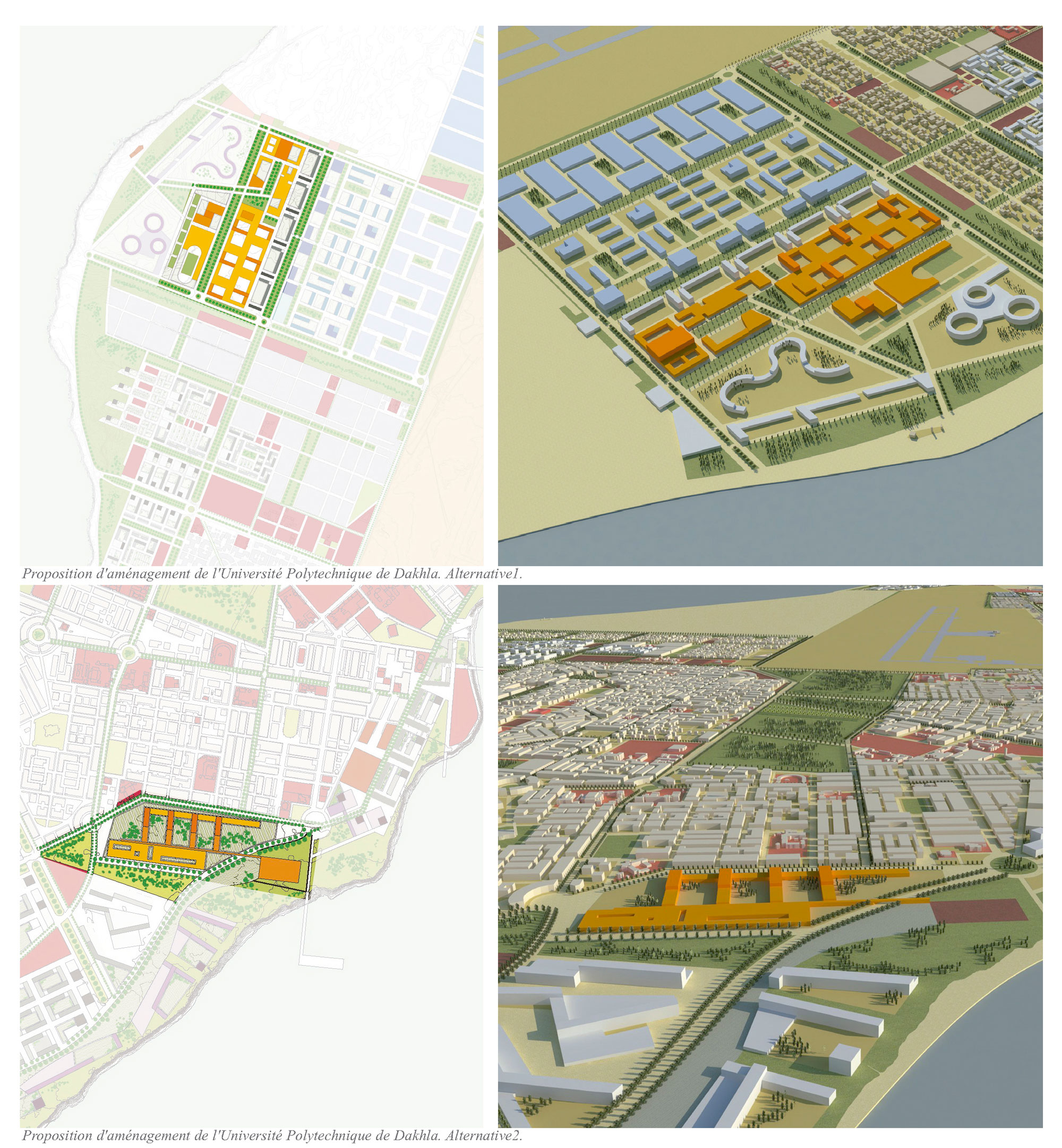 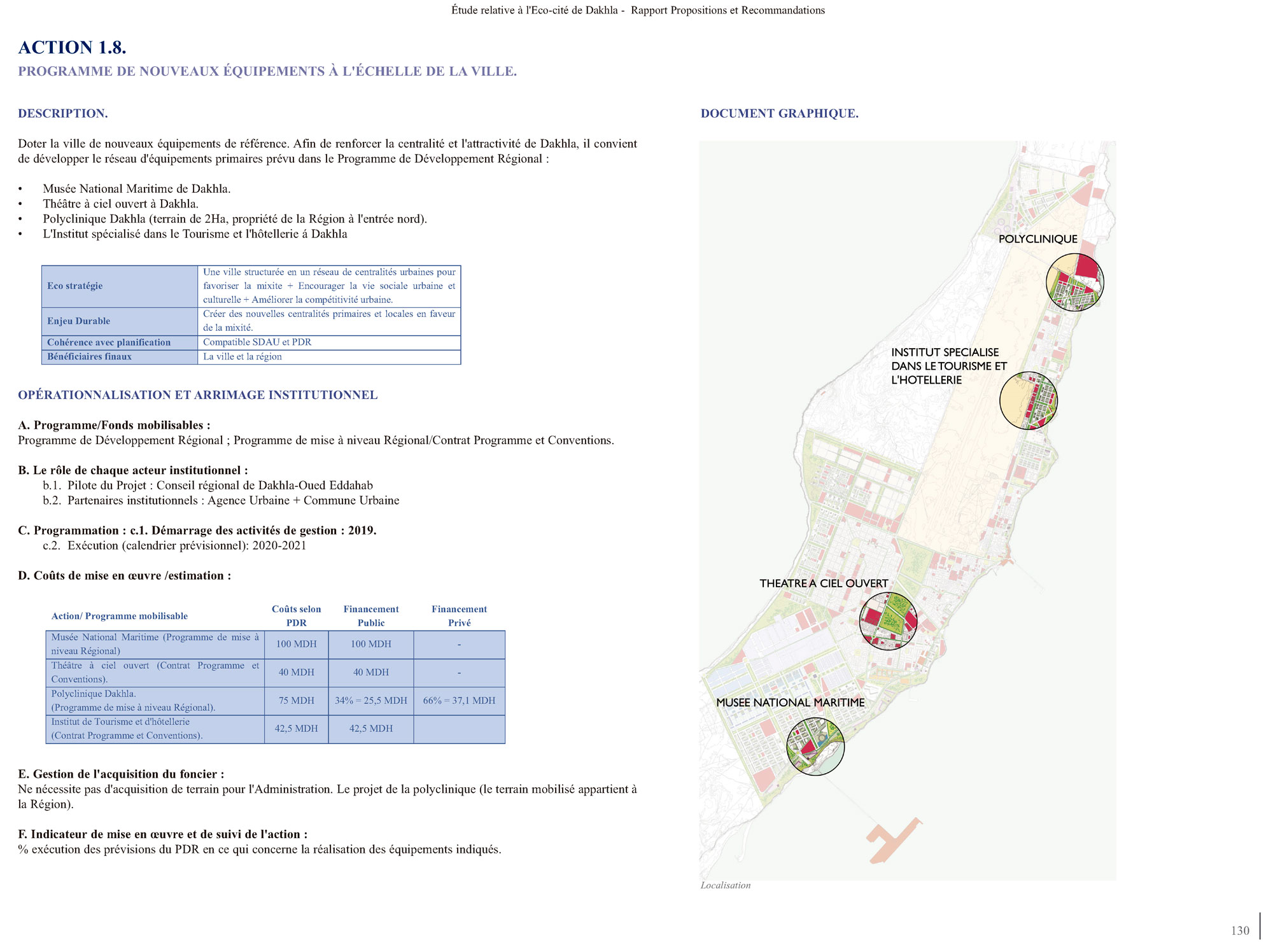 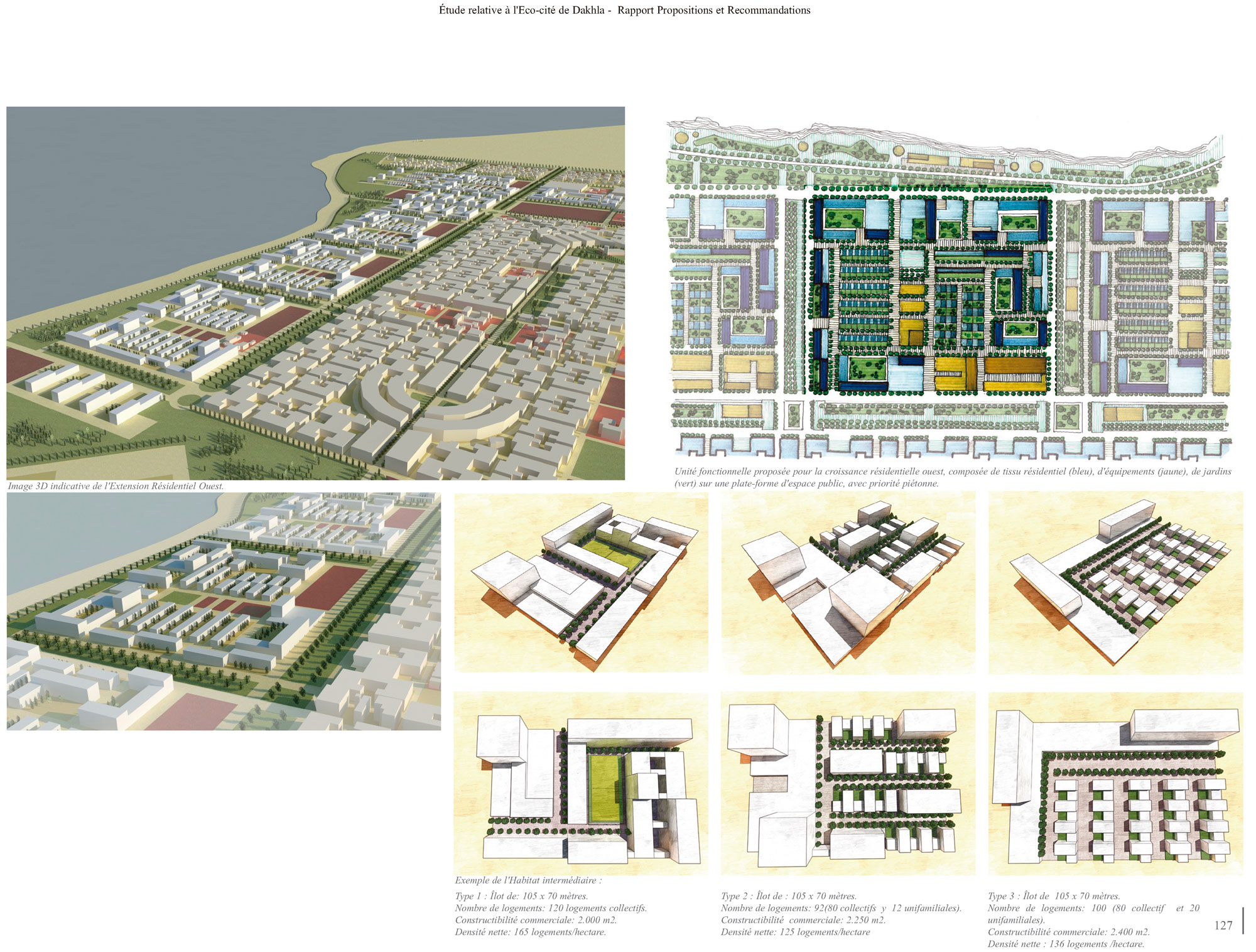 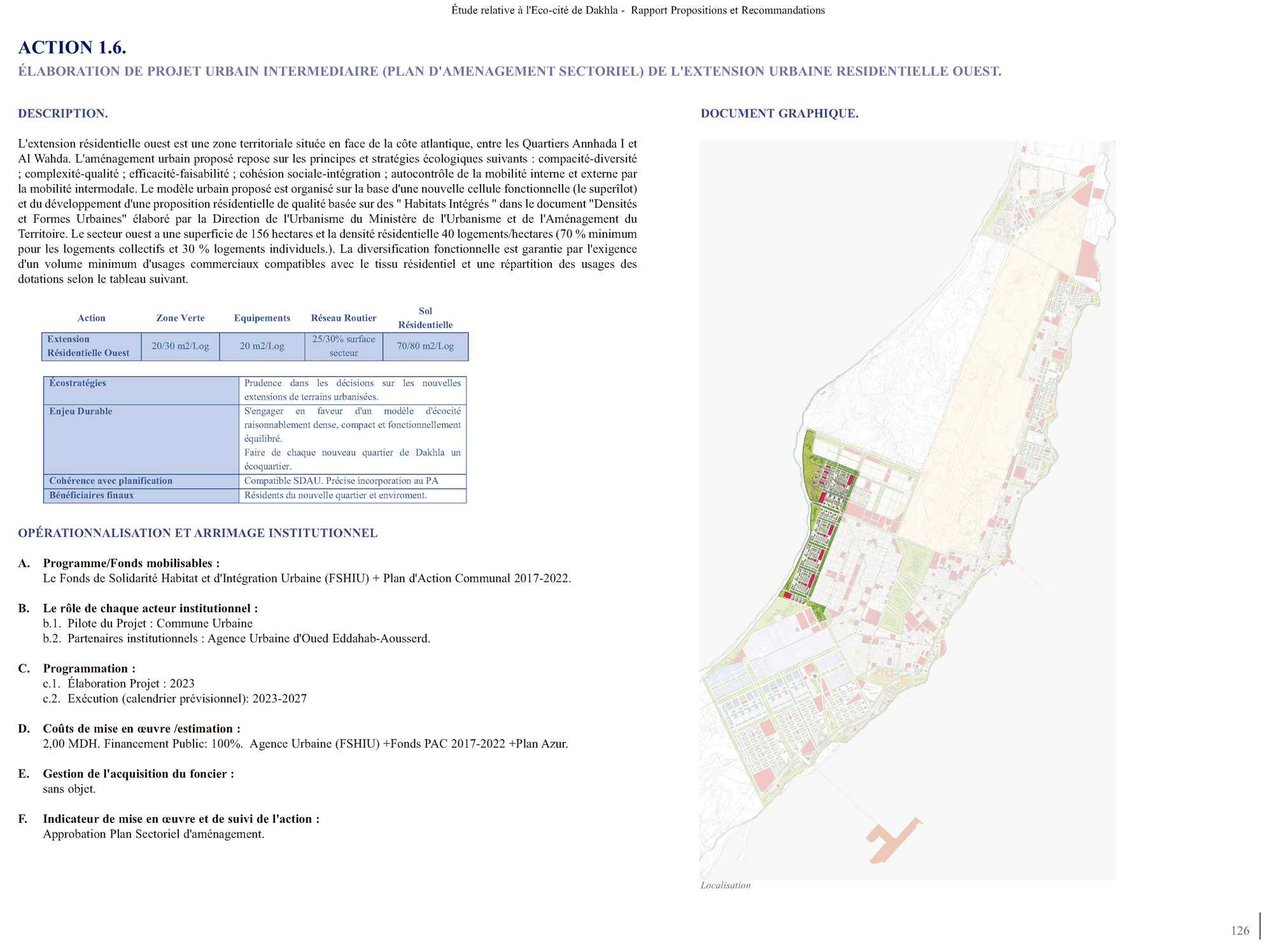 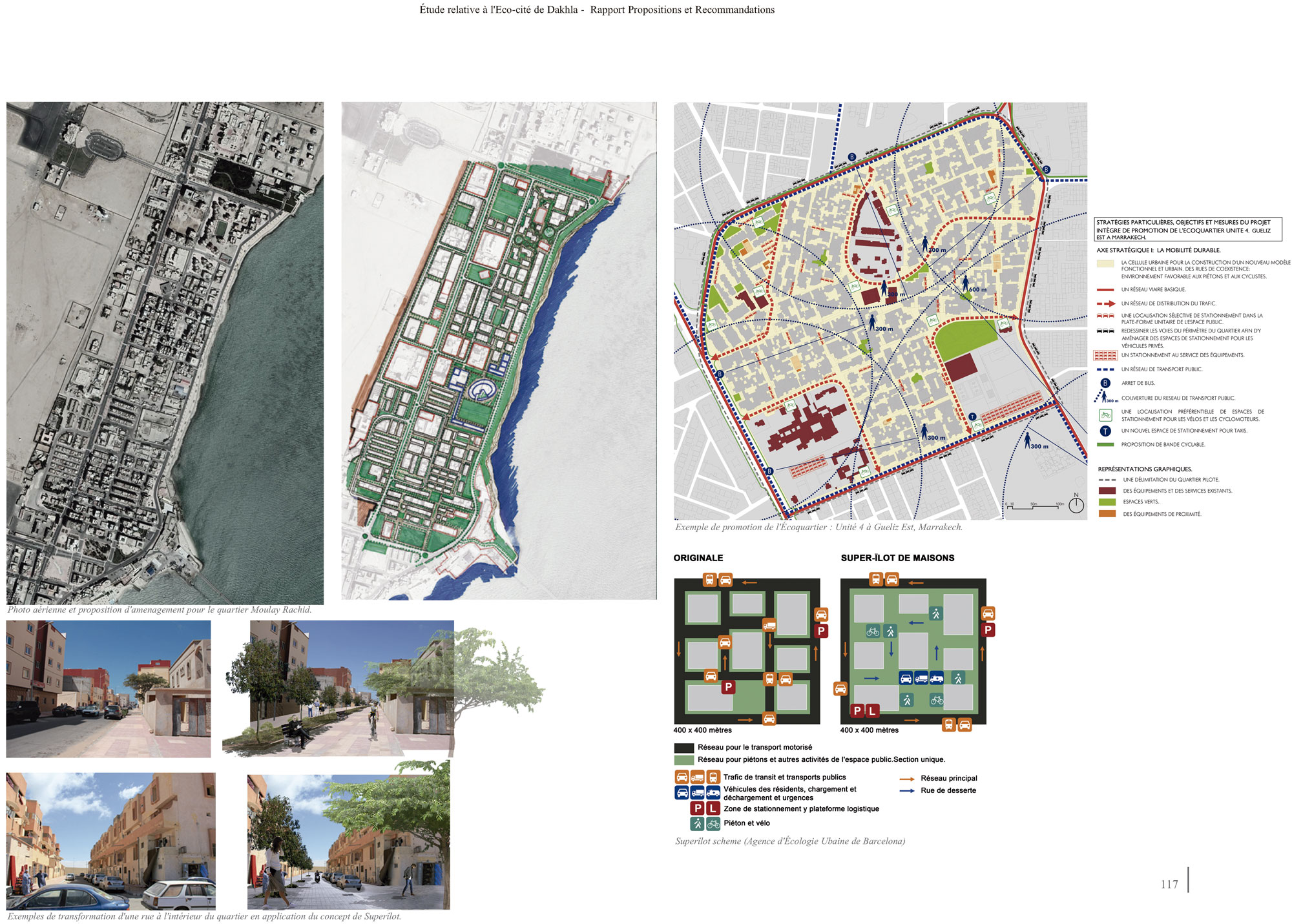 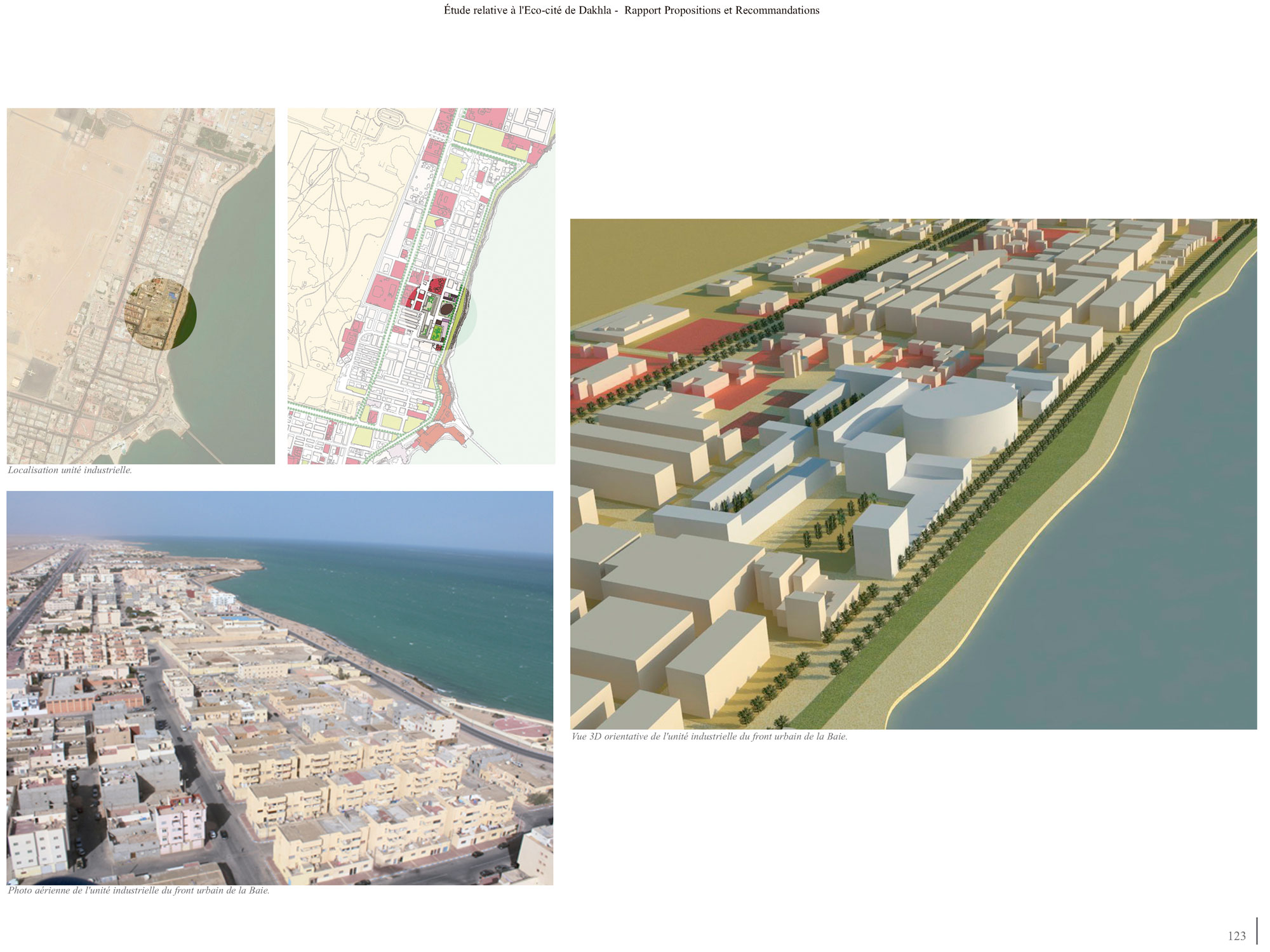 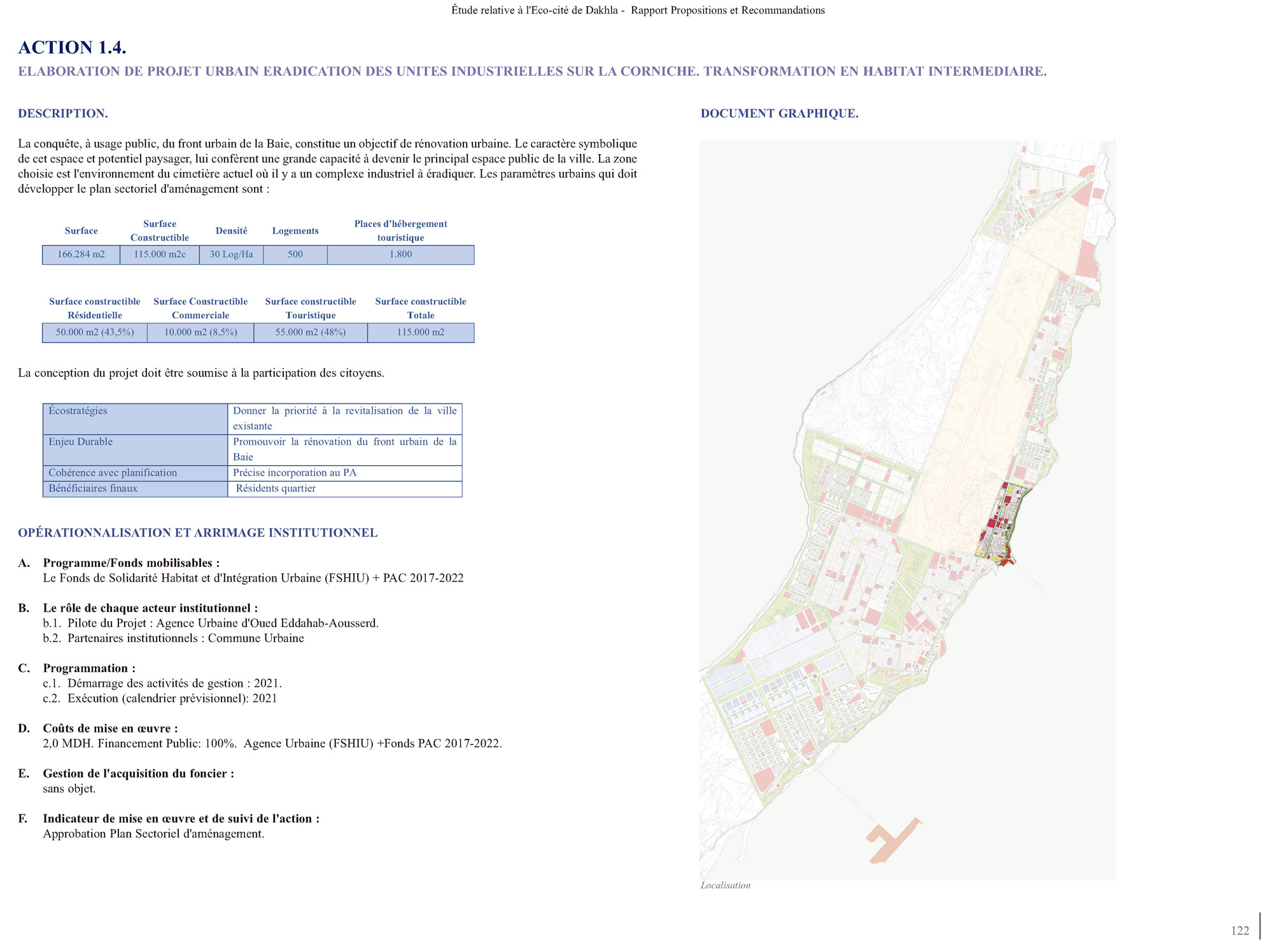 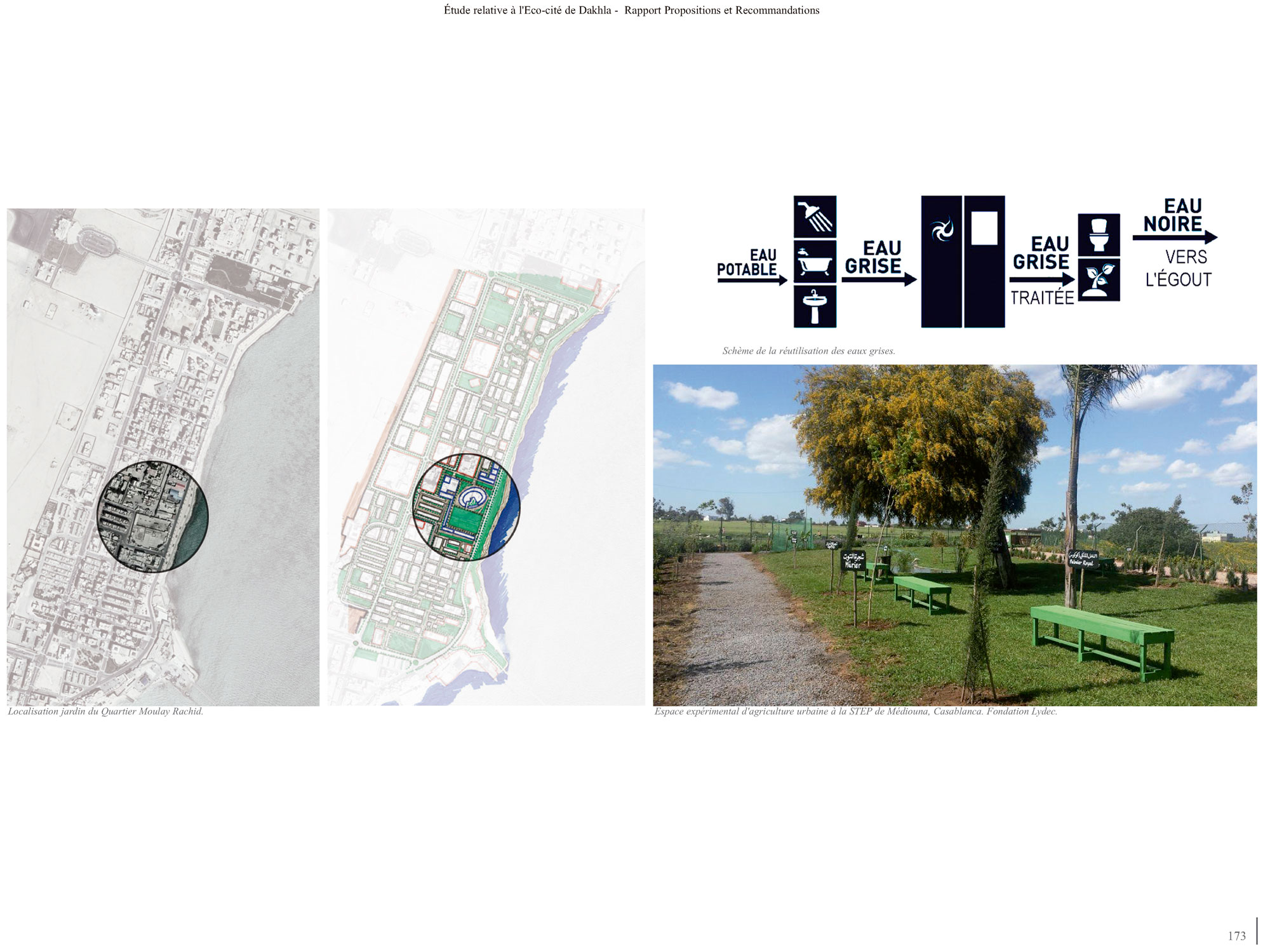 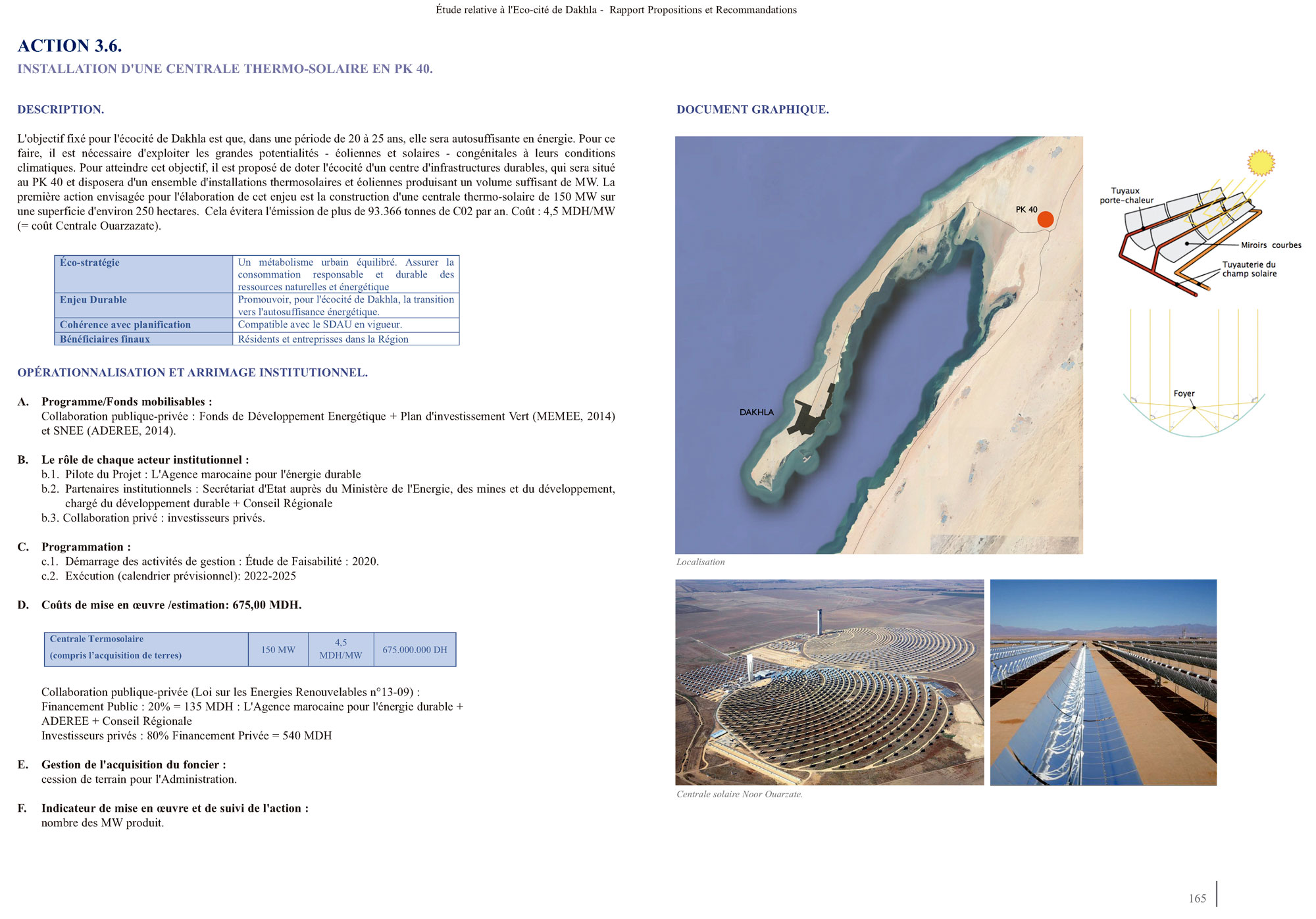 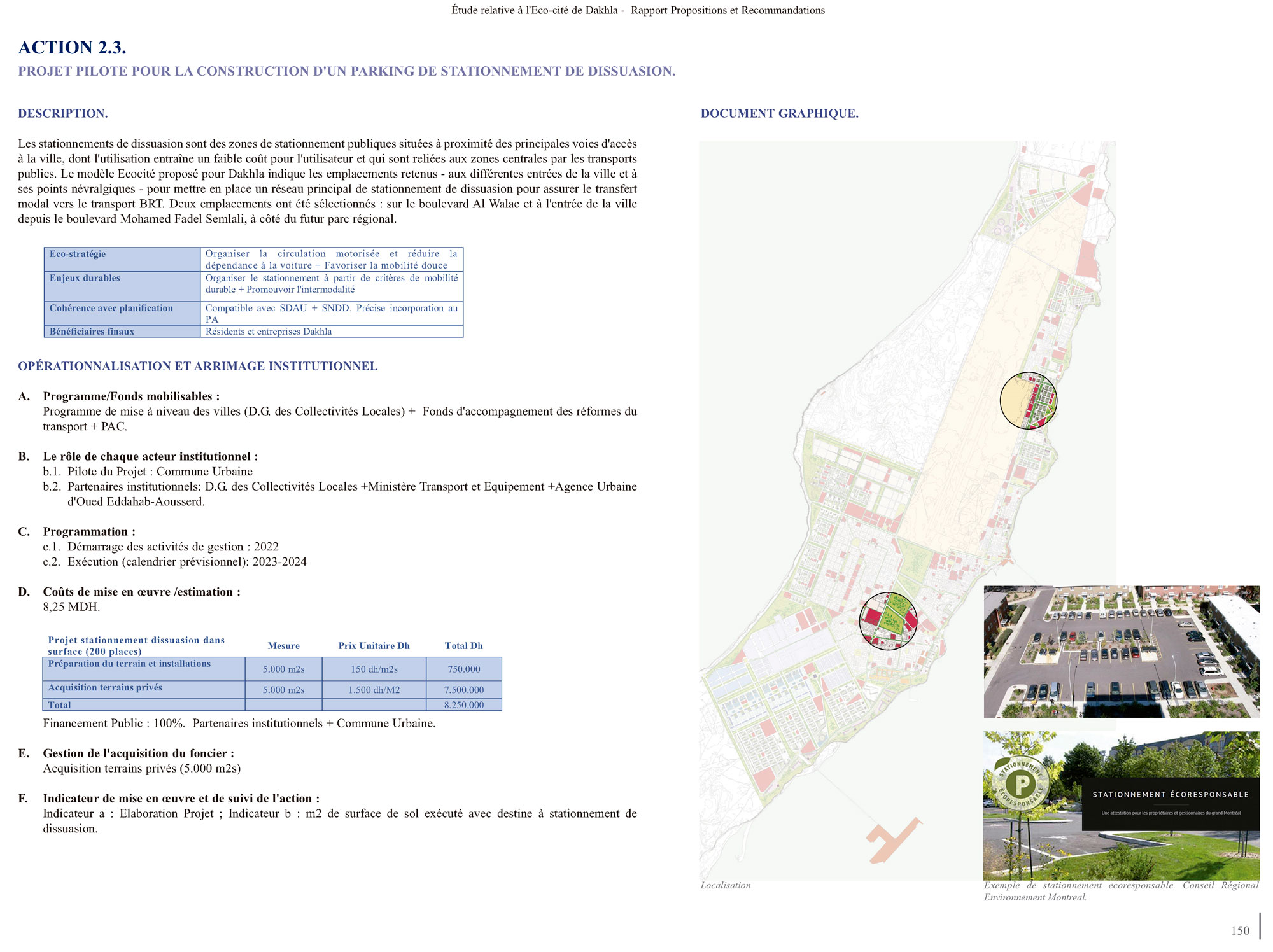 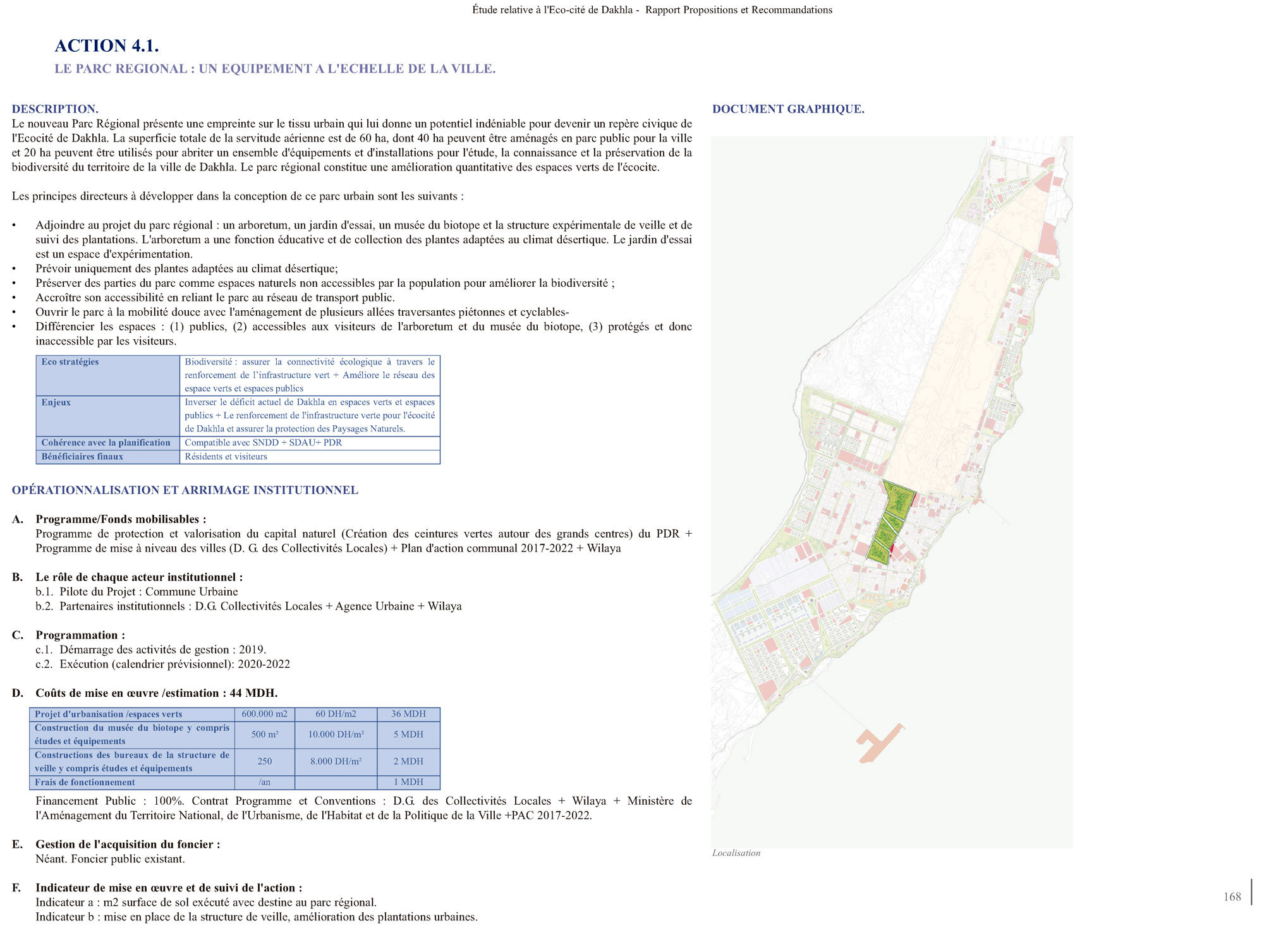 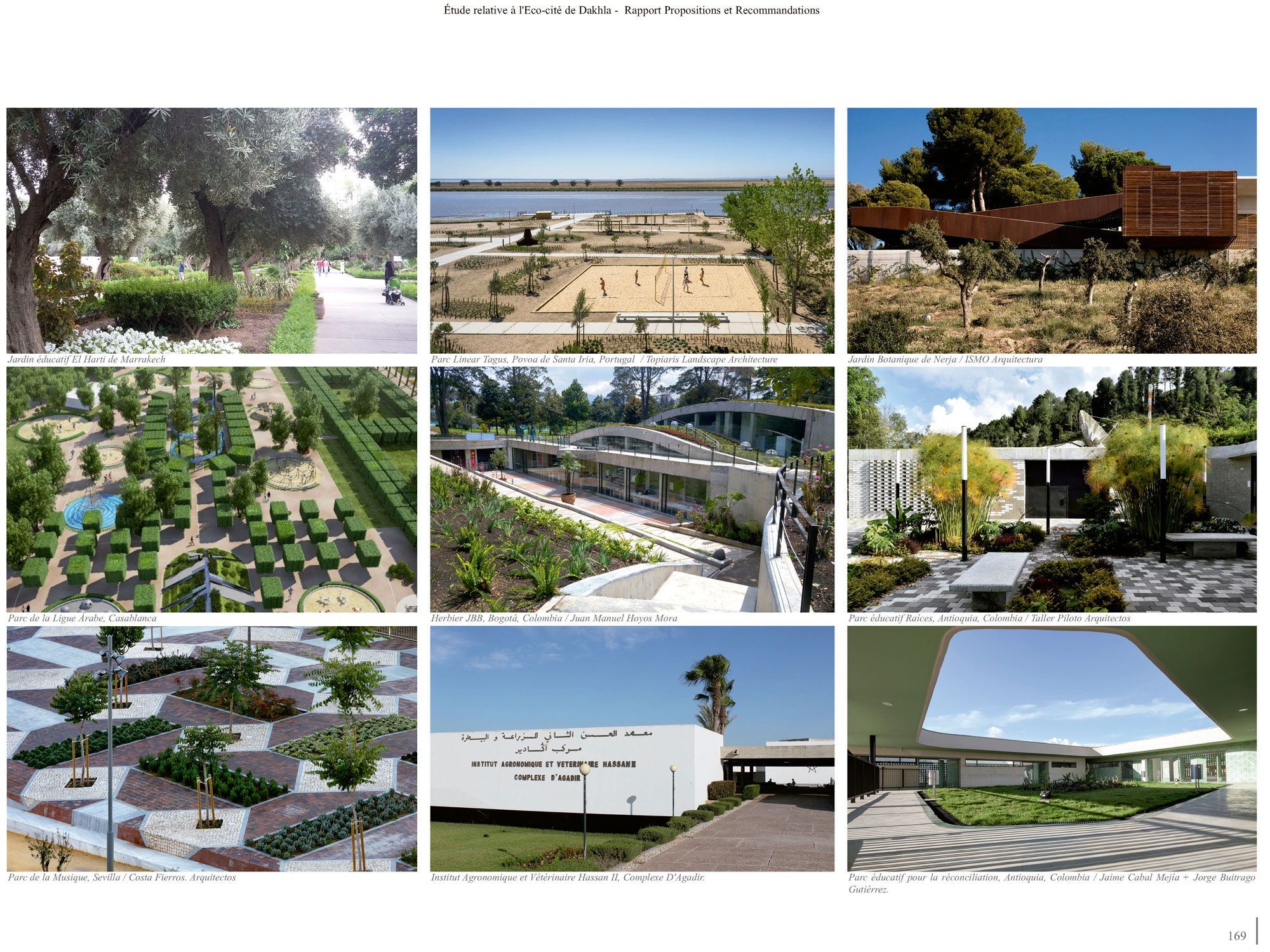 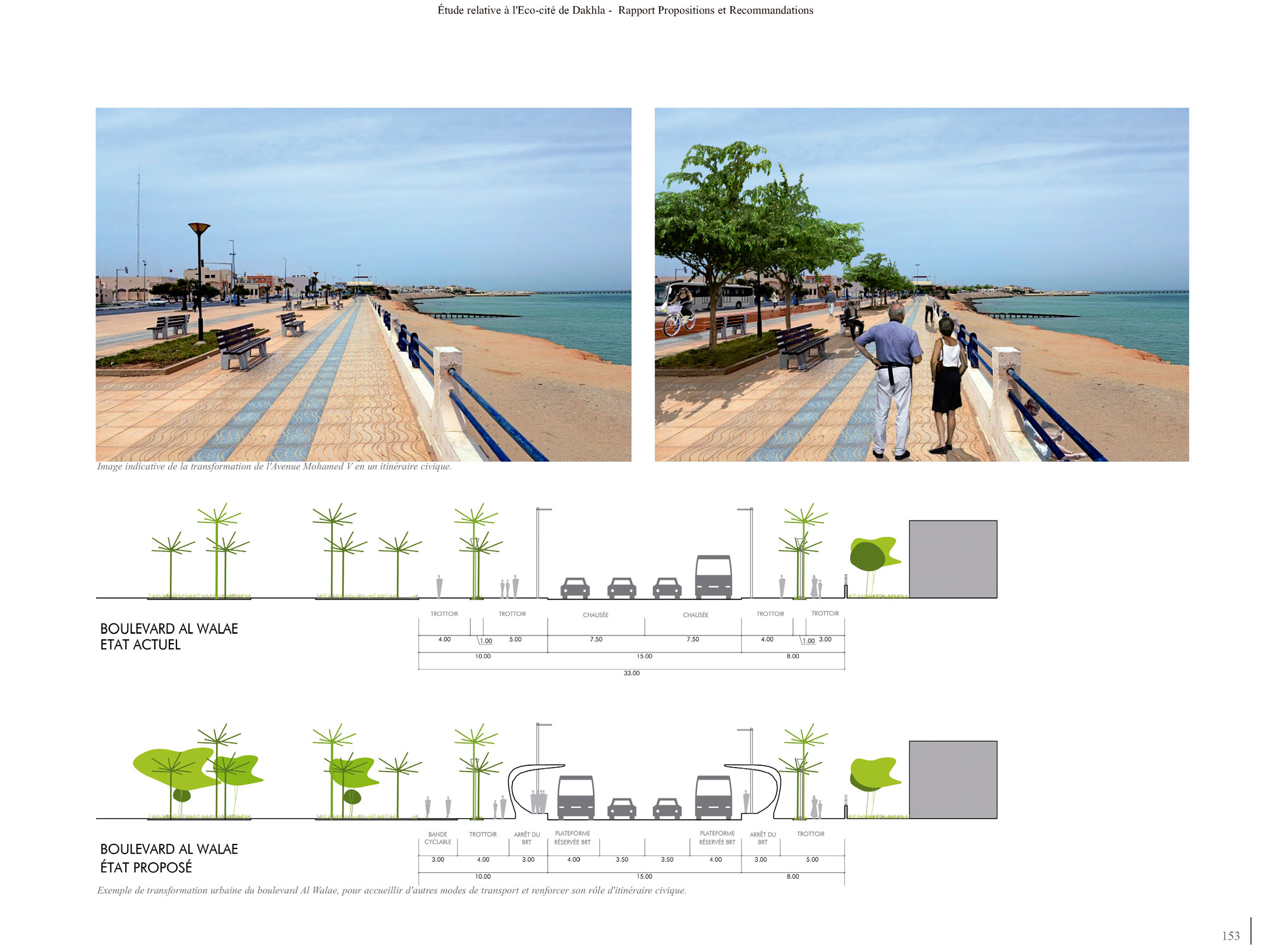 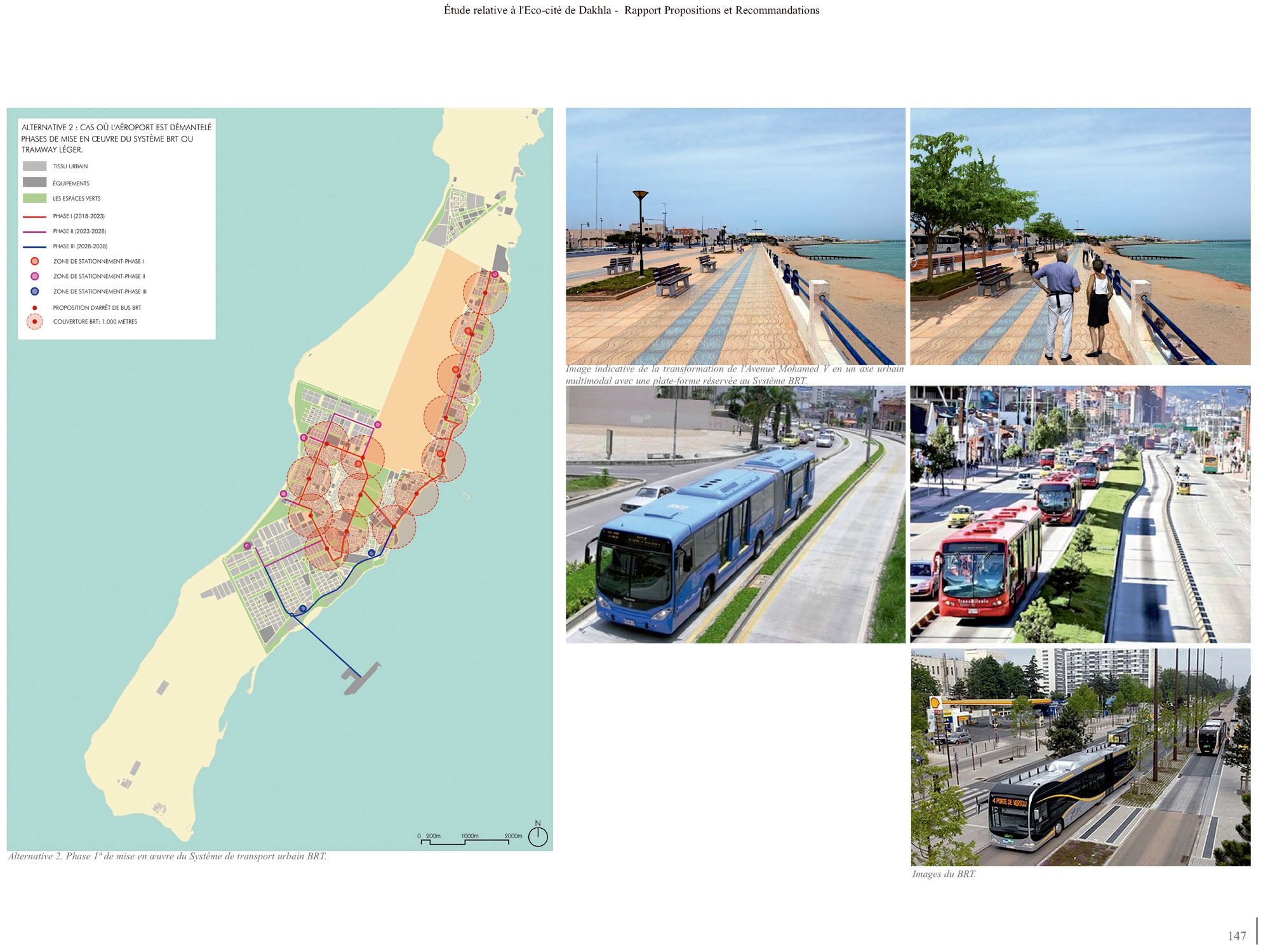 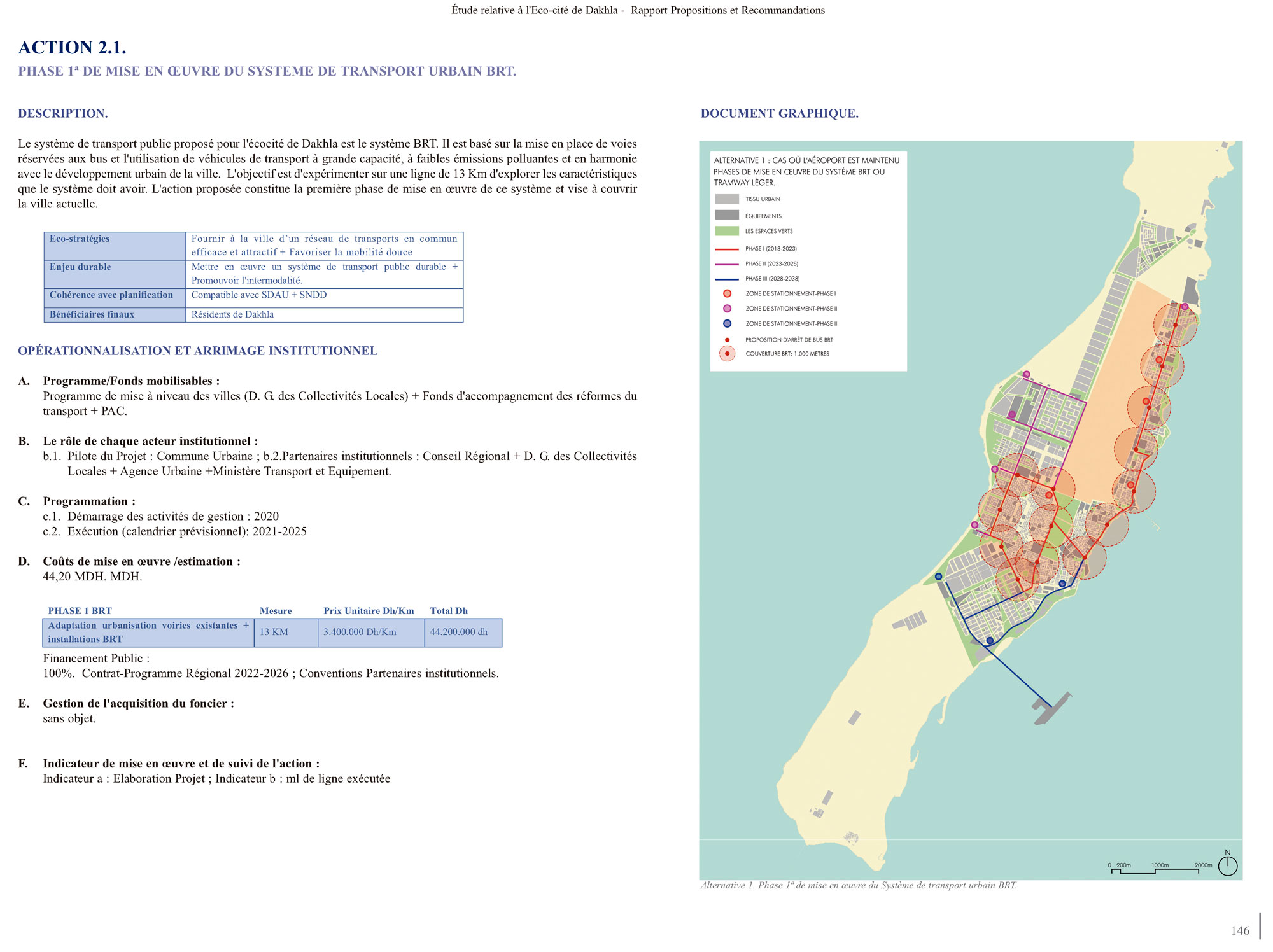 Dakhla is a city in the Western Sahara in Morocco, capital of the Dakhla-Oued Eddahab Region. The transition of Dakhla towards an Eco-city is based on the development of the following lines of intervention:

1. URBAN INNOVATION, actions aimed at the REVITALIZATION OF THE EXISTING CITY, at the establishment of guidelines and strategies for the design of MULTIFUNCTIONAL residential neighborhoods. It also tries to create a NETWORK OF PRIMARY CENTRALITIES correctly distributed in the city and of new ZONES OF ACTIVITY (Park Techno-commercial and New University) that contribute to reinforce the competitiveness of the city.

2. SUSTAINABLE MOBILITY. Based on the proposal for the implementation of exclusive roads for a BRT-TYPE PUBLIC TRANSPORT system and the preparation of a SOFT MOBILITY MASTER PLAN to organize traffic, establish ALTERNATIVE CARPARKING and make possible the recovery of PUBLIC SPACE FOR THE CITIZENSHIP and non-motorized modes, by applying the concept of SUPERBLOCK as a reference functional unit.

3. URBAN METABOLISM, take advantage of the potential provided by Dakhla’s climatic conditions and propose the implementation of RENEWABLE ENERGY SOURCES, encourage the adoption of measures of SAVINGS ENERGY POWER EFFICIENCY, to OPTIMIZE domestic water supplies, and reuse PURIFIED WATER for the irrigation of public spaces. Promotion of SUSTAINABLE WASTE MANAGEMENT, through actions aimed at improving infrastructure for the collection and reuse of waste.

4. BIODIVERSITY, proposal of elaboration of a GREEN AND BIODIVERSITY PLAN that increases the network of public spaces from the different scales of the city and consolidates a BALANCED GREEN INFRASTRUCTURE, accessible to the population and adapted to the climatic conditions of the zone. The design of an EQUIPPED REGIONAL PARK is at the service of the city and the development of a pilot project of LOCAL GARDEN IRRIGATION WITH PURIFIED WATER.

5. DIGITAL TRANSFORMATION, proposals to make Dakhla a “DIGITAL VILLAGE” ACCESSIBLE to all citizens, promotion of the Master Plan of Digital Transformation, implementation of HOTPOT and development of programs for the TRAINING of the population

6. ECO-CITIZENSHIP, development of programs for the training of the resident population in the field of urban ecology and encourage the use of DAILY SUSTAINABLE PRACTICES and respectful with the environment.