©2019 | Política de privacidad
Preparation of a study for the identification and layout of equestrian routes in the Northwest Coast (Cádiz)
6390
portfolio_page-template-default,single,single-portfolio_page,postid-6390,qode-social-login-1.1.2,qode-restaurant-1.1.1,stockholm-core-1.0.7,tribe-no-js,select-child-theme-ver-1.1,select-theme-ver-5.1.8,ajax_fade,page_not_loaded, vertical_menu_transparency vertical_menu_transparency_on,fs-menu-animation-underline,side_area_over_content,wpb-js-composer js-comp-ver-6.0.5,vc_responsive 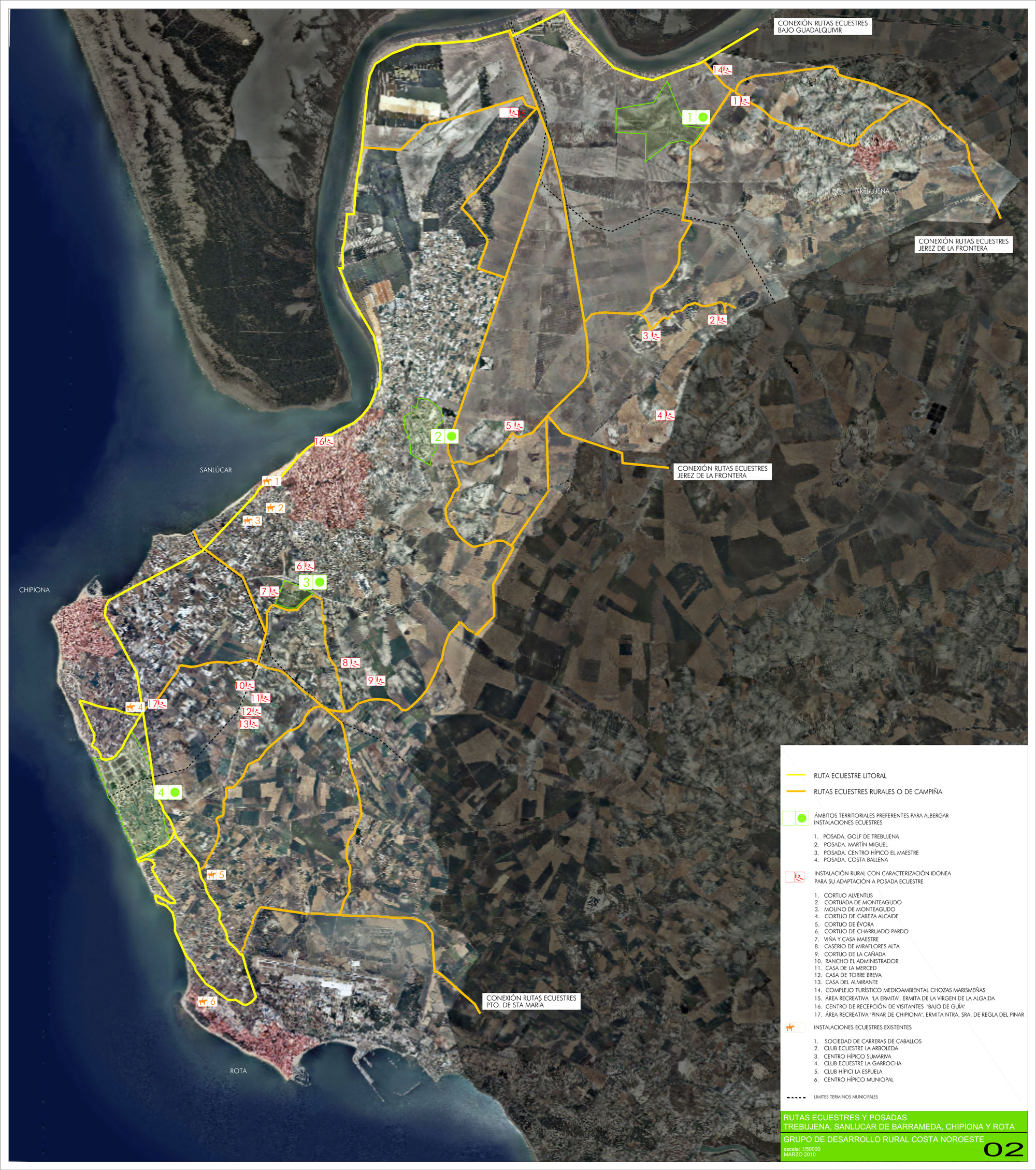 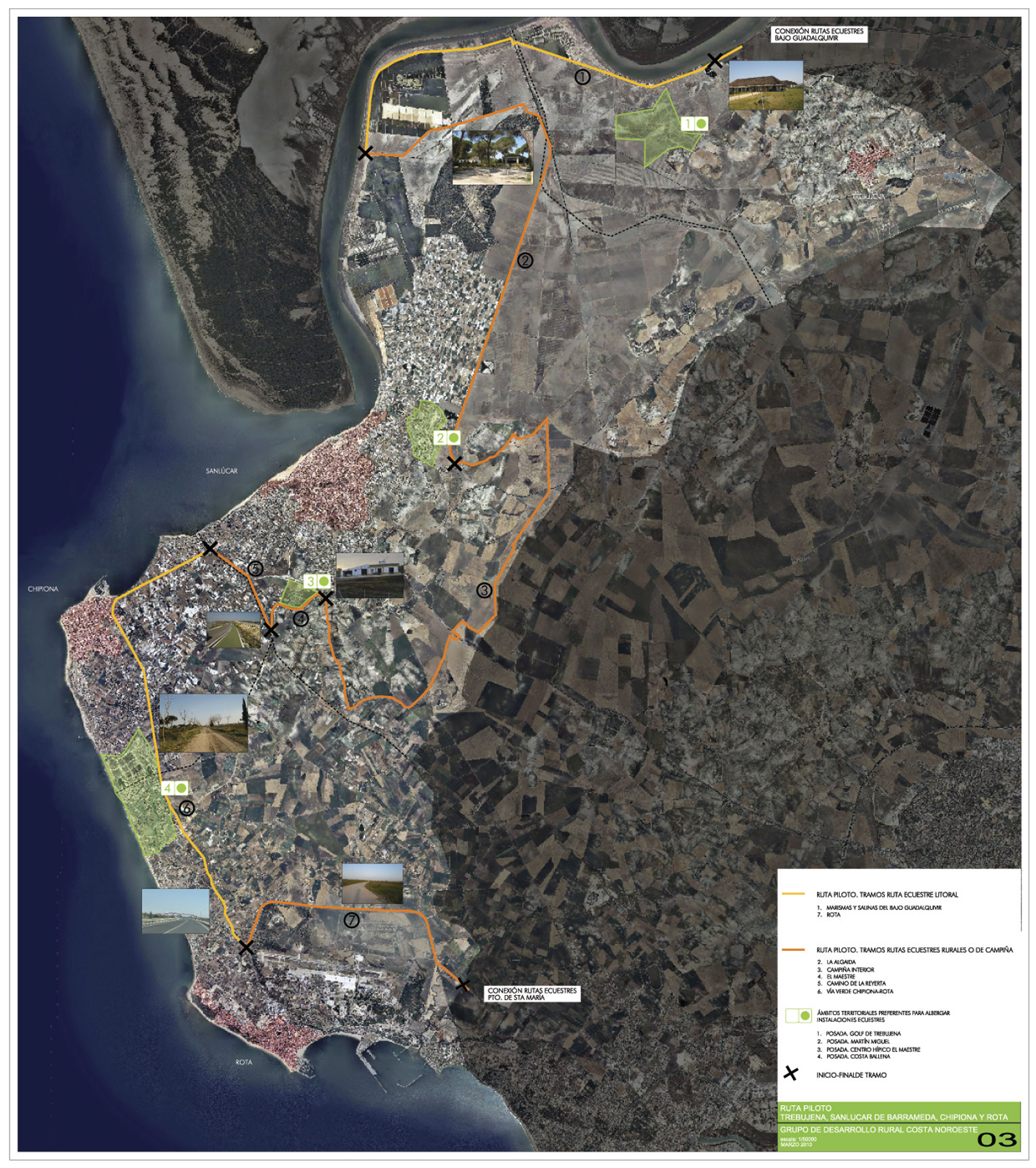 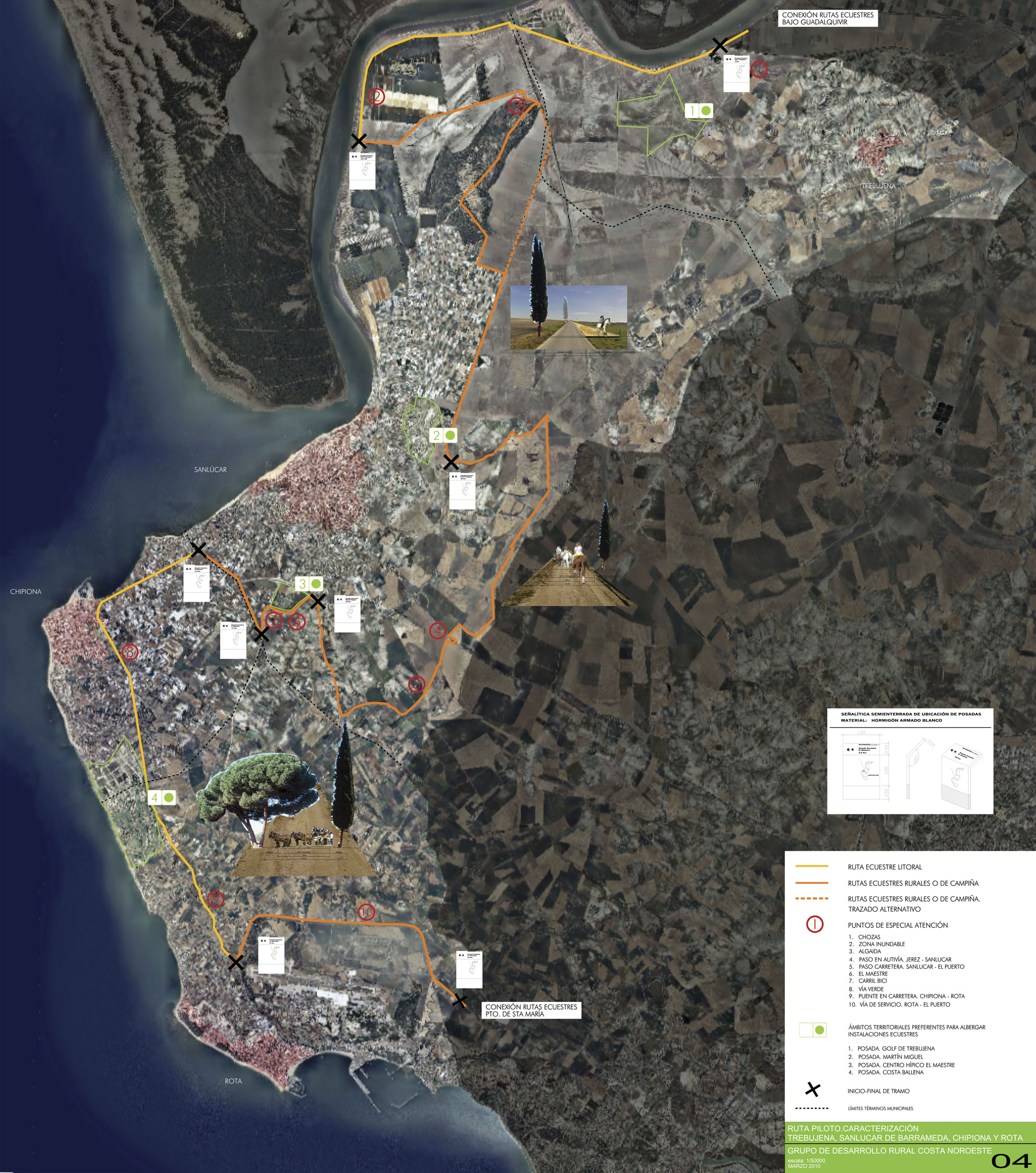 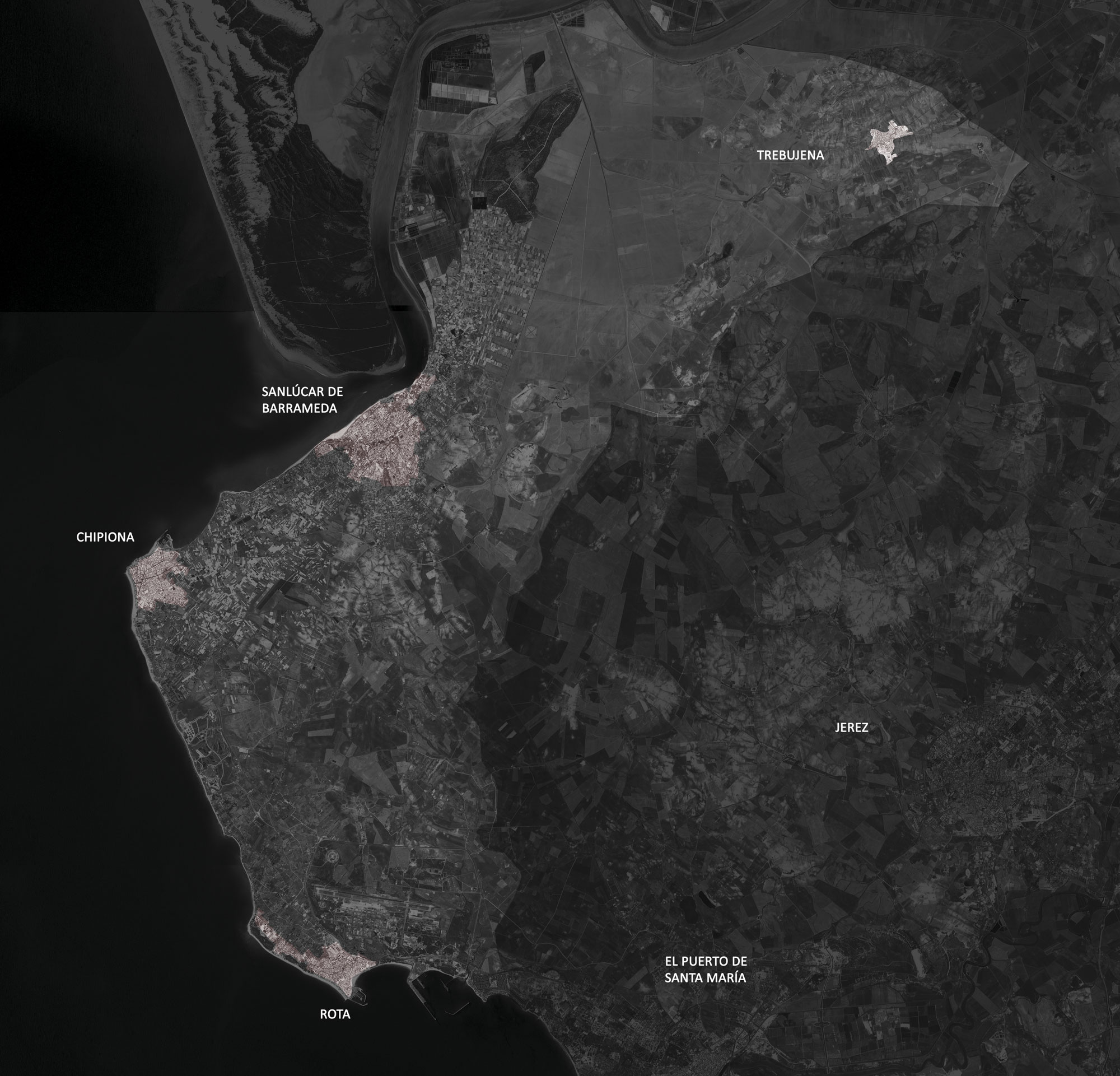 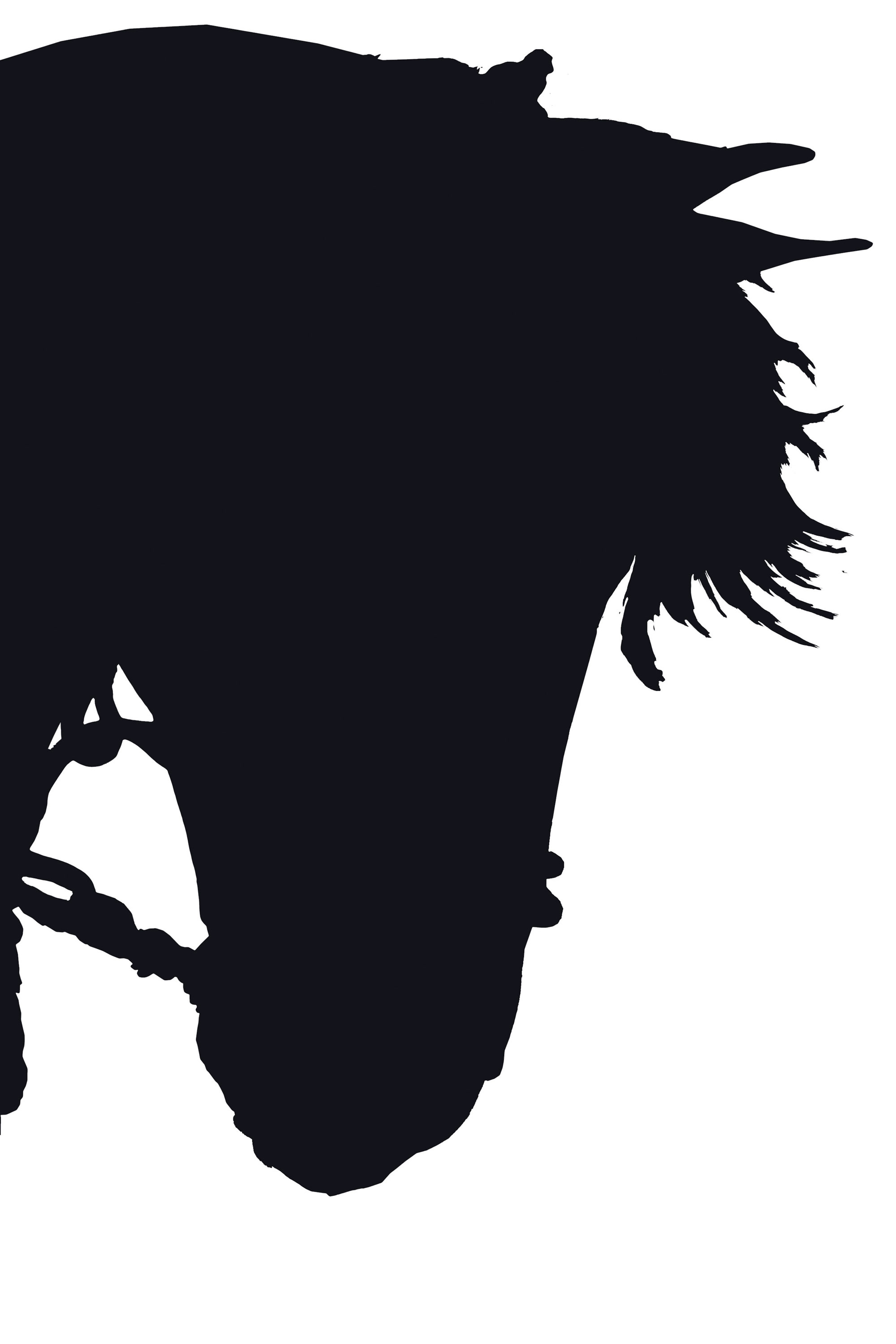 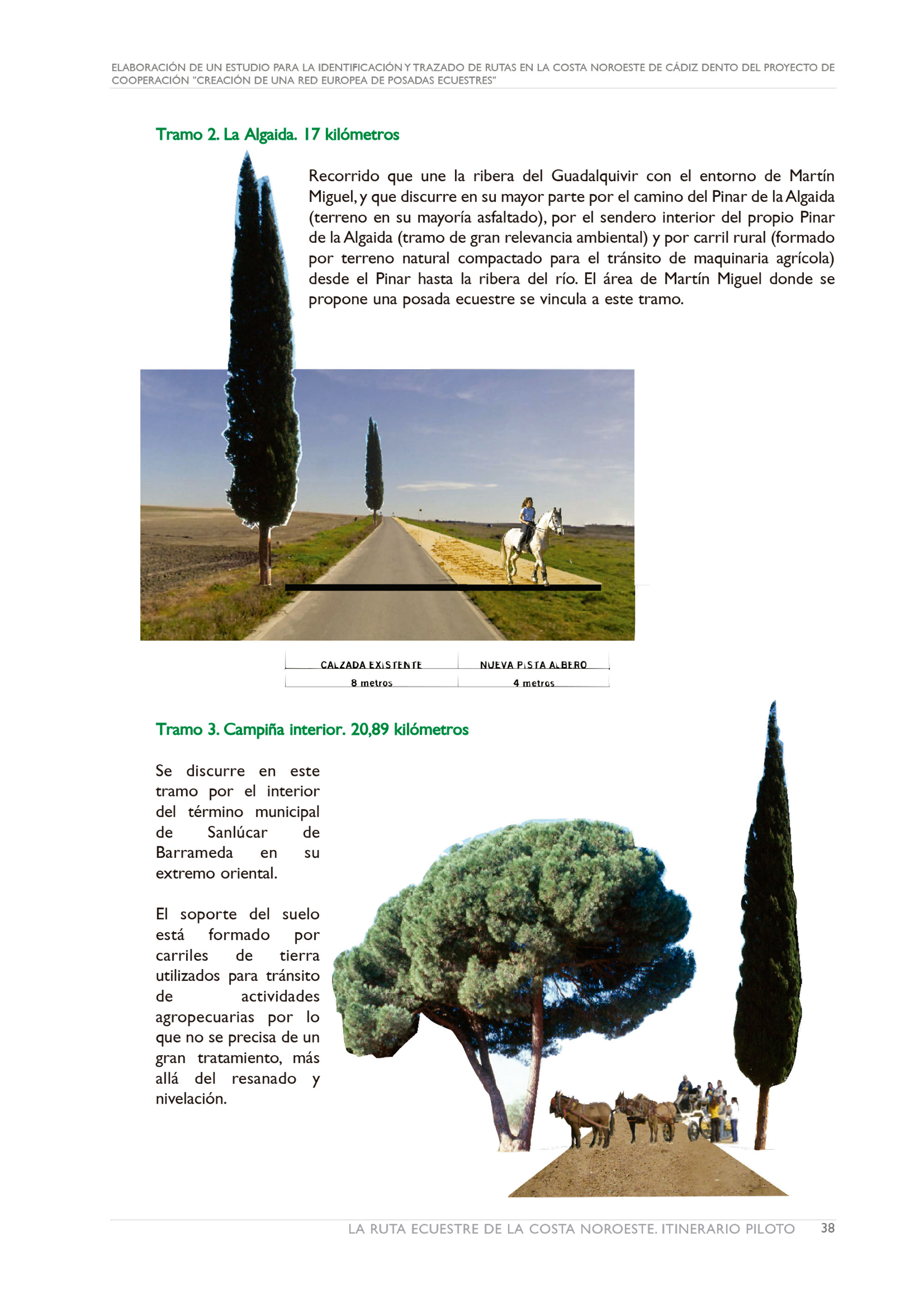 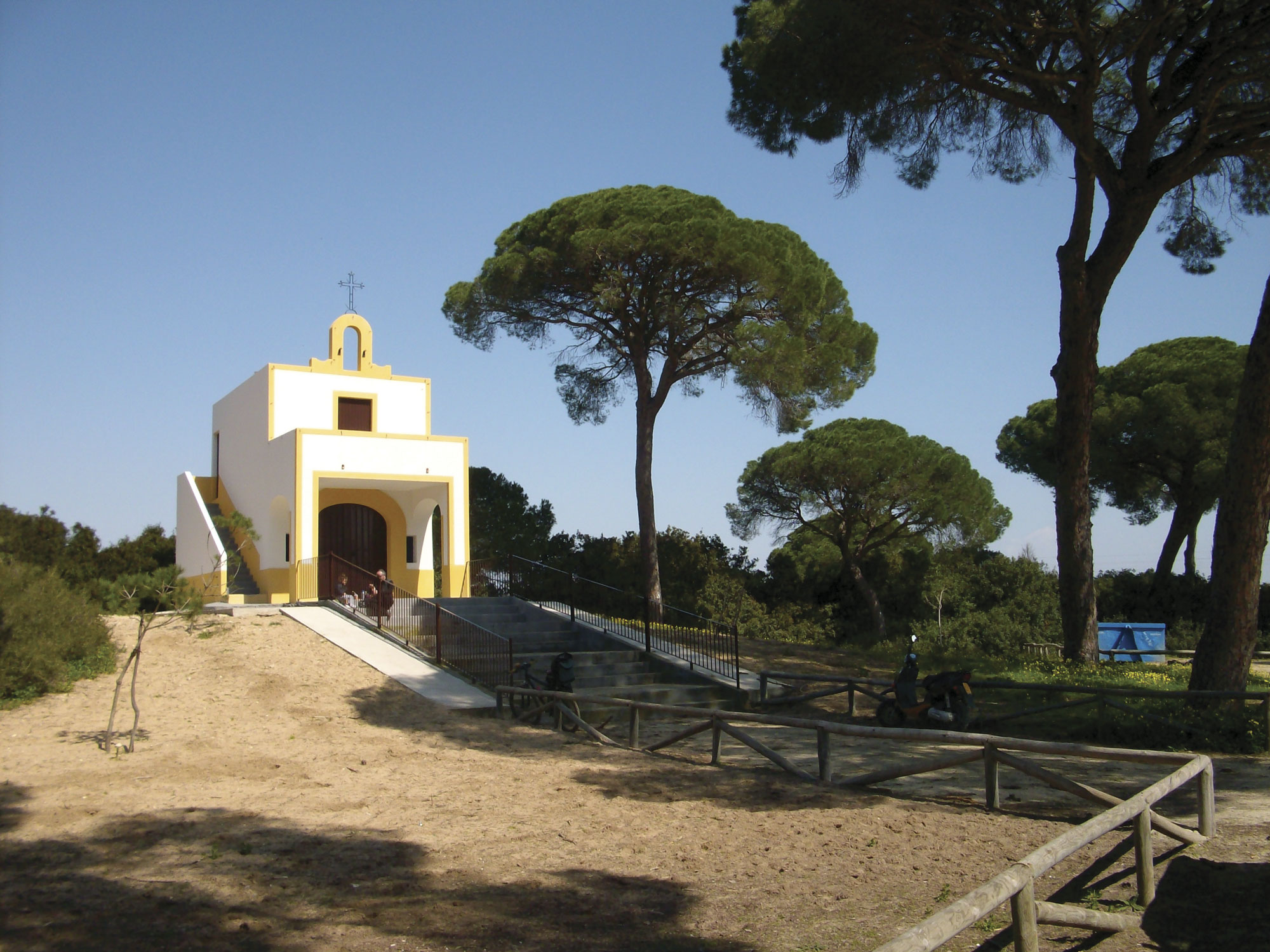 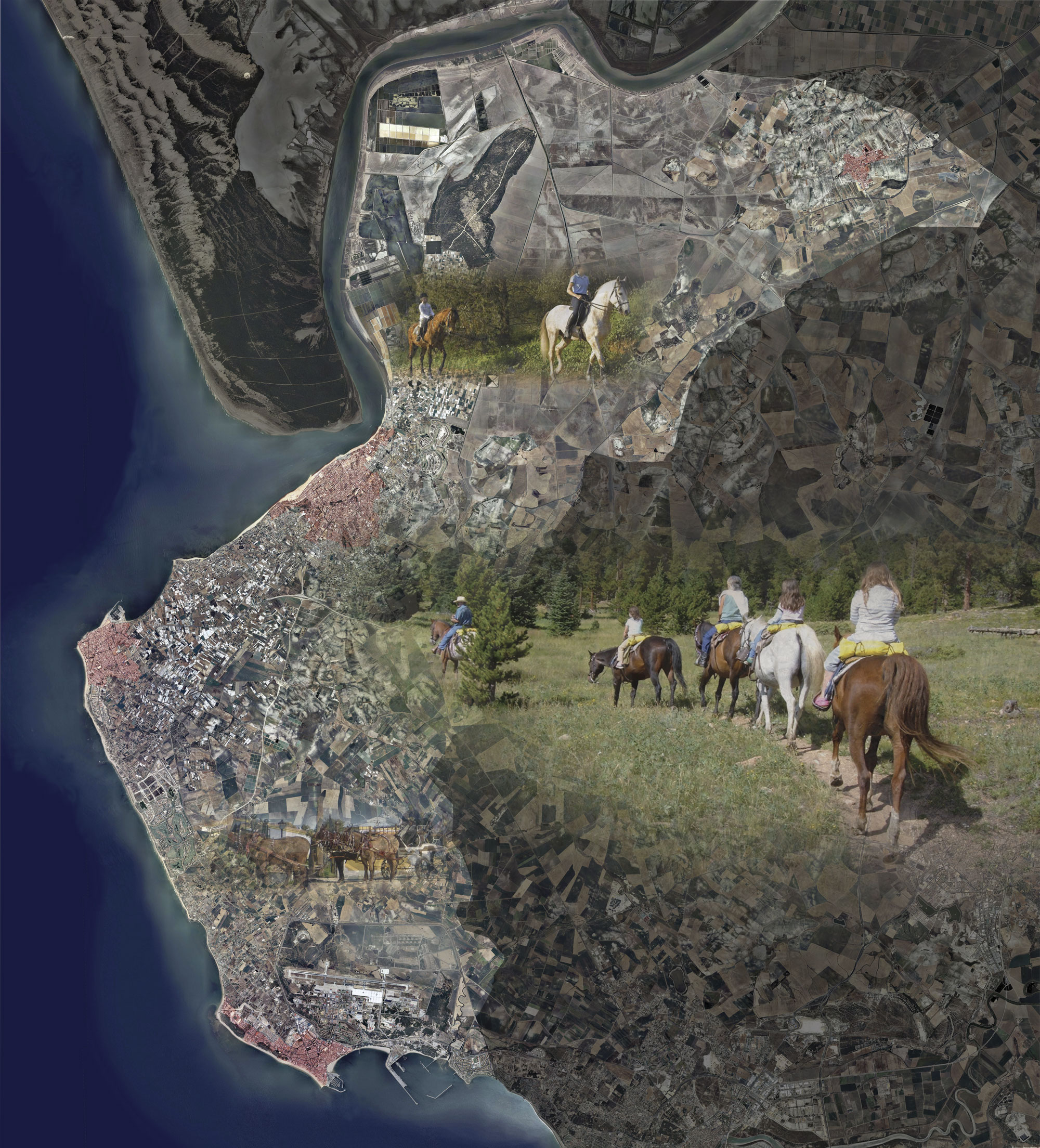 The establishment of an equestrian route, as well as a series of inns that support, articulate and endow it, emanates from a series of necessary conditions that guarantee its VIABILITY, FUNCTIONALITY and implementation.

Firstly, it should be emphasised its irrefutable condition of continuity as a guarantee of use and generation of the route, this based on a union between different points, meaning, it is not only about creating a road, but proposing a route, which implies raising a PURPOSE, providing meaning to the path, as well as referencing it.

Secondly, the proposed network must be configured on the characteristic structure of the TERRITORIAL SUPPORT in which it is developed. The layout of the equestrian network and the location of the inns must be carried out on the structure of rural roads, cattle routes and other elements of accessibility and reference that already structure and condition the territory.

Thirdly, the layout and definition of this structural network of equestrian routes and inns must provide on one side, the POTENTIALITIES that are latent in the field on which they are developed, and on the other, take into account the determinations that in matters Urban and territorial planning are established.

Fourth, the structural network of equestrian routes must be characterized by a clear LEGIBILITY AND ORGANISATION.

Fifthly, the design of this model or structural system of Equestrian Routes must be based on the principle of SUSTAINABILITY, understood in all its dimensions: SOCIAL (avoiding conflicts of activities and tensions in the use of the land because the implementation of the network of routes may be detrimental to the development of the social field, this network is necessarily compatible with the existing system in the area), ECONOMIC (the final definition of the system must be headed by its own low-cost condition) and ENVIRONMENTAL (this new activity must not only produce any type of environmental impact, but rather the opposite, to promote the generation of new environmental entities, whether they are scrub, bush or woodland plantations, which help to reverse the ecological impact of the activities carried out in the scope and requalify the ecological system of the area).

Sixthly, the required INTERACTION of this system of inns and equestrian routes with the different accessibility and mobility systems linked to leisure and recreational activities raised in the environment: hiking trails, greenways, bike lanes and cycle paths.