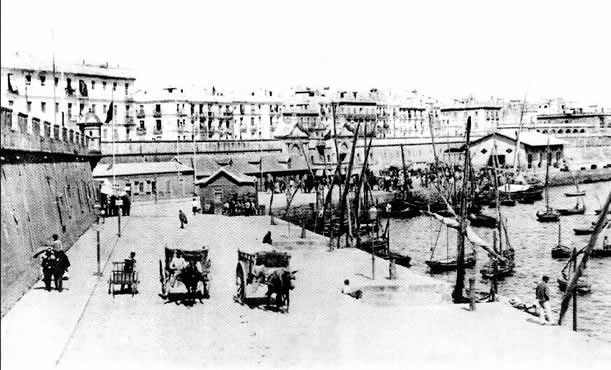 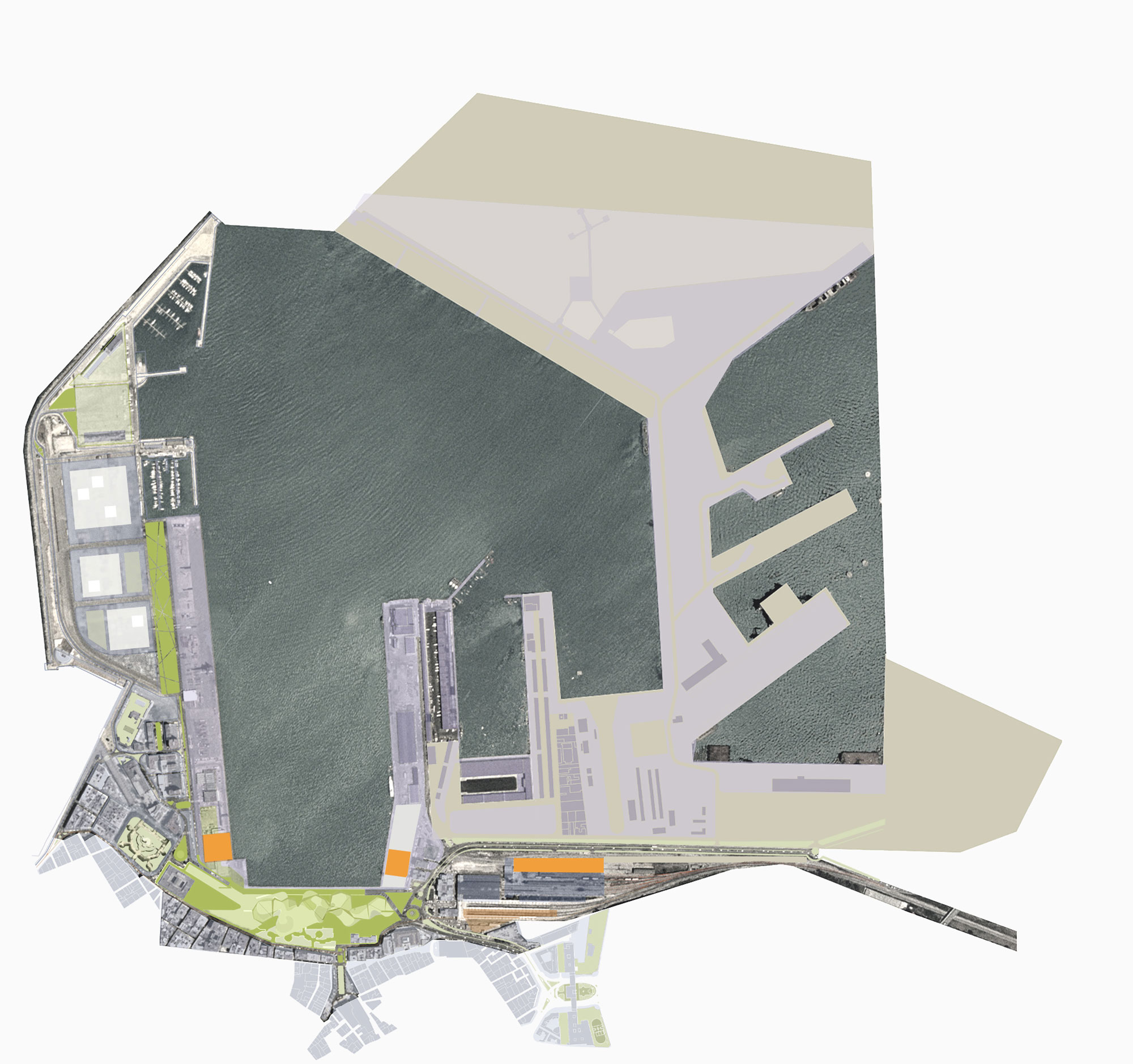 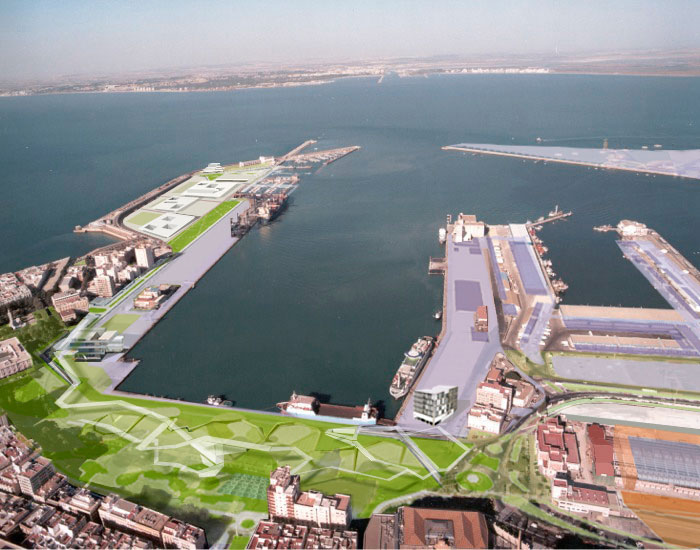 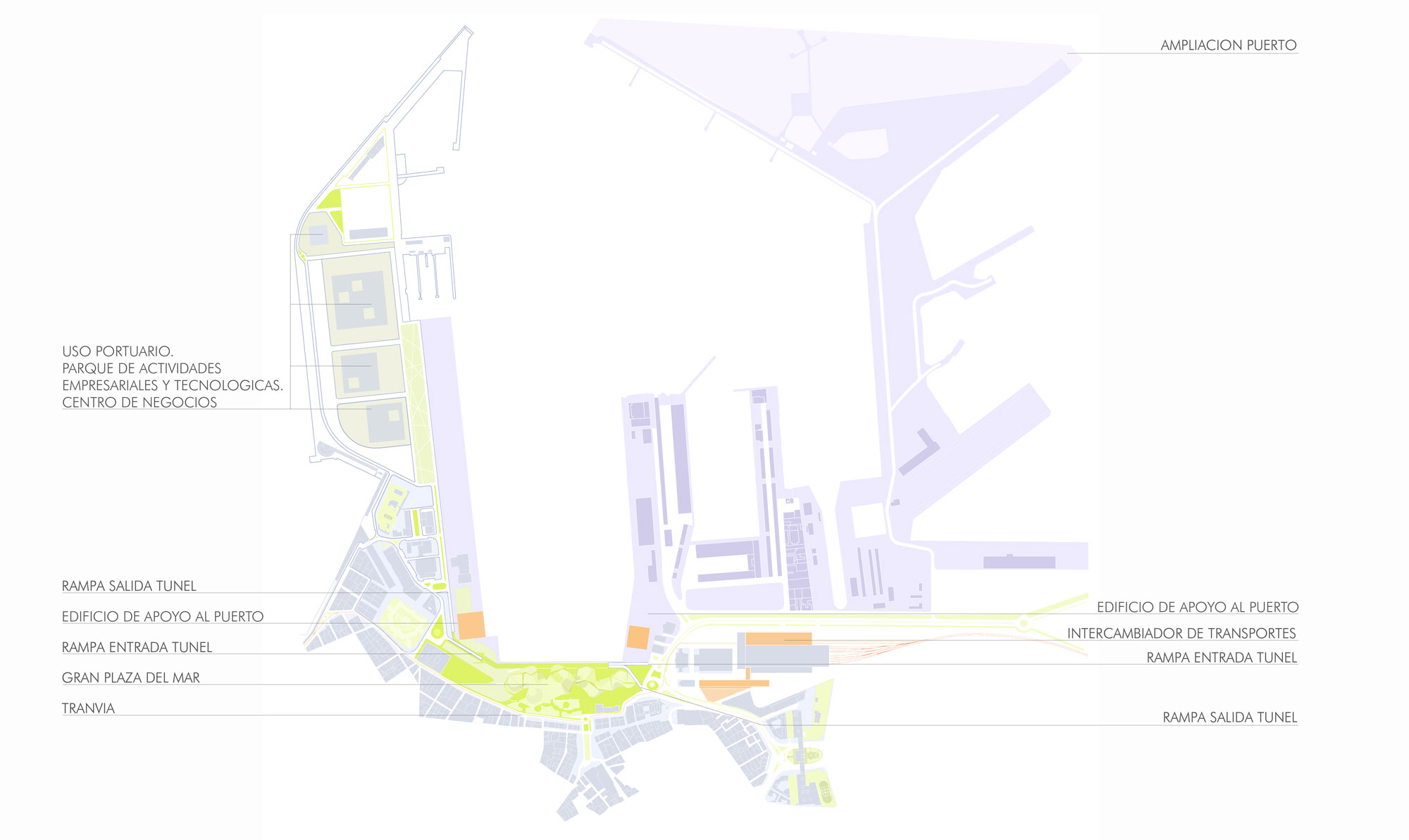 Great Square of The Sea Of Cadiz

The Project proposes GREAT PLACE EQUIPPED by HABITABLE TOPOGRAPHIES, achieved through fold of the land that evoke the sea wall. There is a car park with almost 1.300 places that support the nearby INTERCHANGE STATION and the Historic Centre. I is proposed to extend the route of the planned URBAN TRAM, so that the perimeter of the city can be covered. The proposal is framed by two buildings, of different sizes, which complement SUPPORT SERVICES TO THE PORT and the proposed operation itself. The forecast of a Business and Technological Activities Park and Business Centres, linked to specifically maritime and port operations, in the container depot floors that will become vacant after the planned port expansion is an OPPORTUNITY to introduce economic activity, other than tertiary, in the historic city.