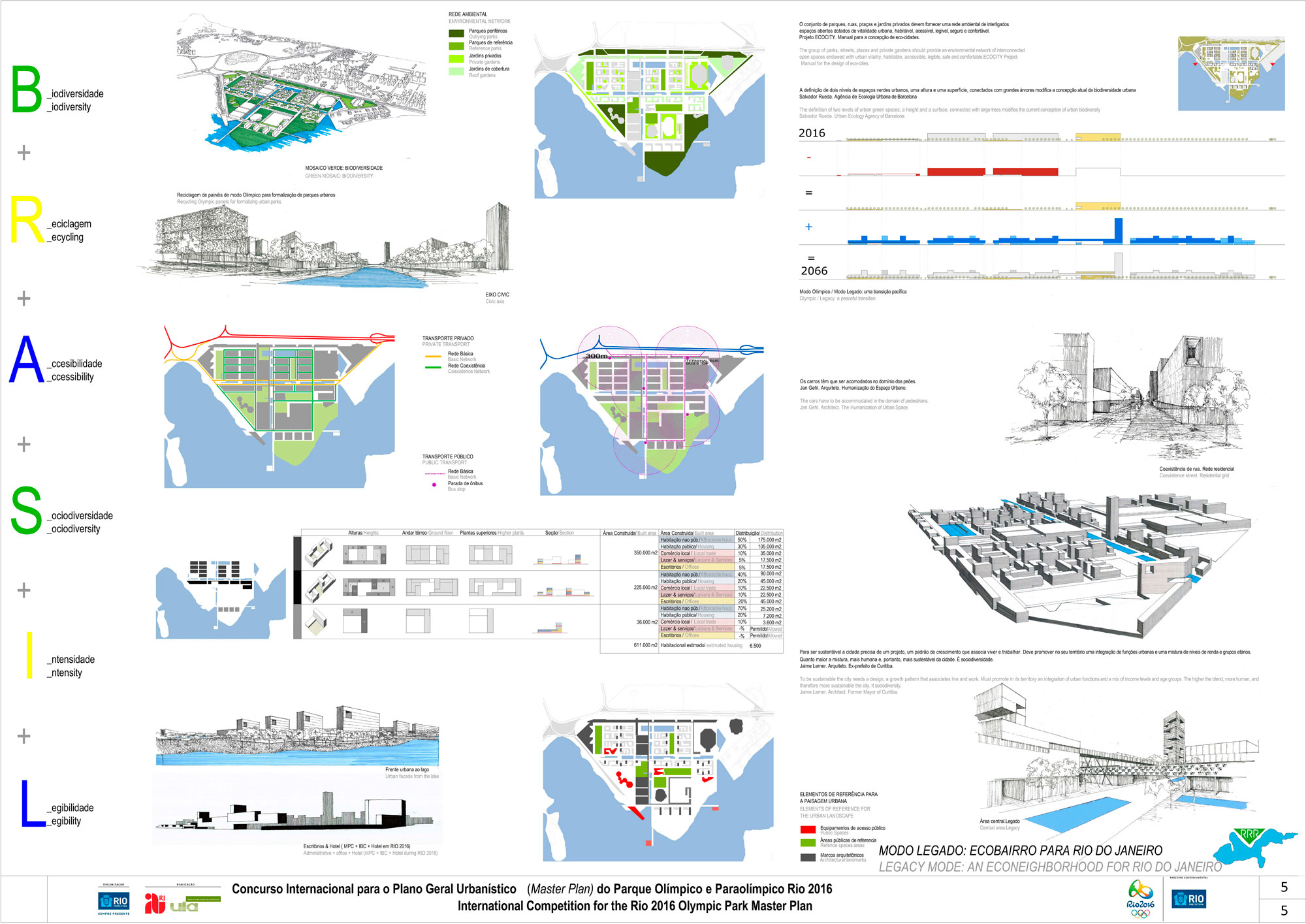 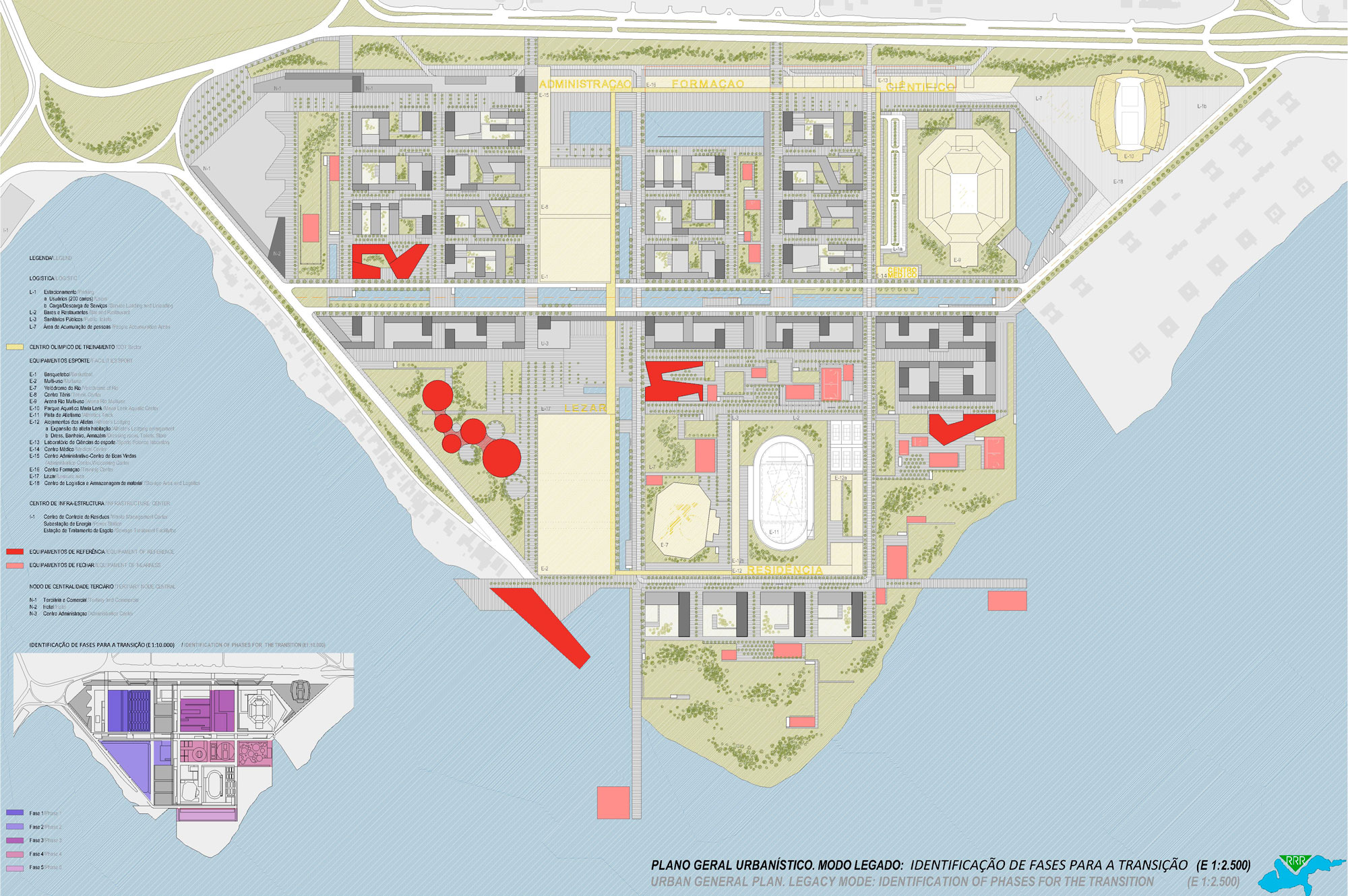 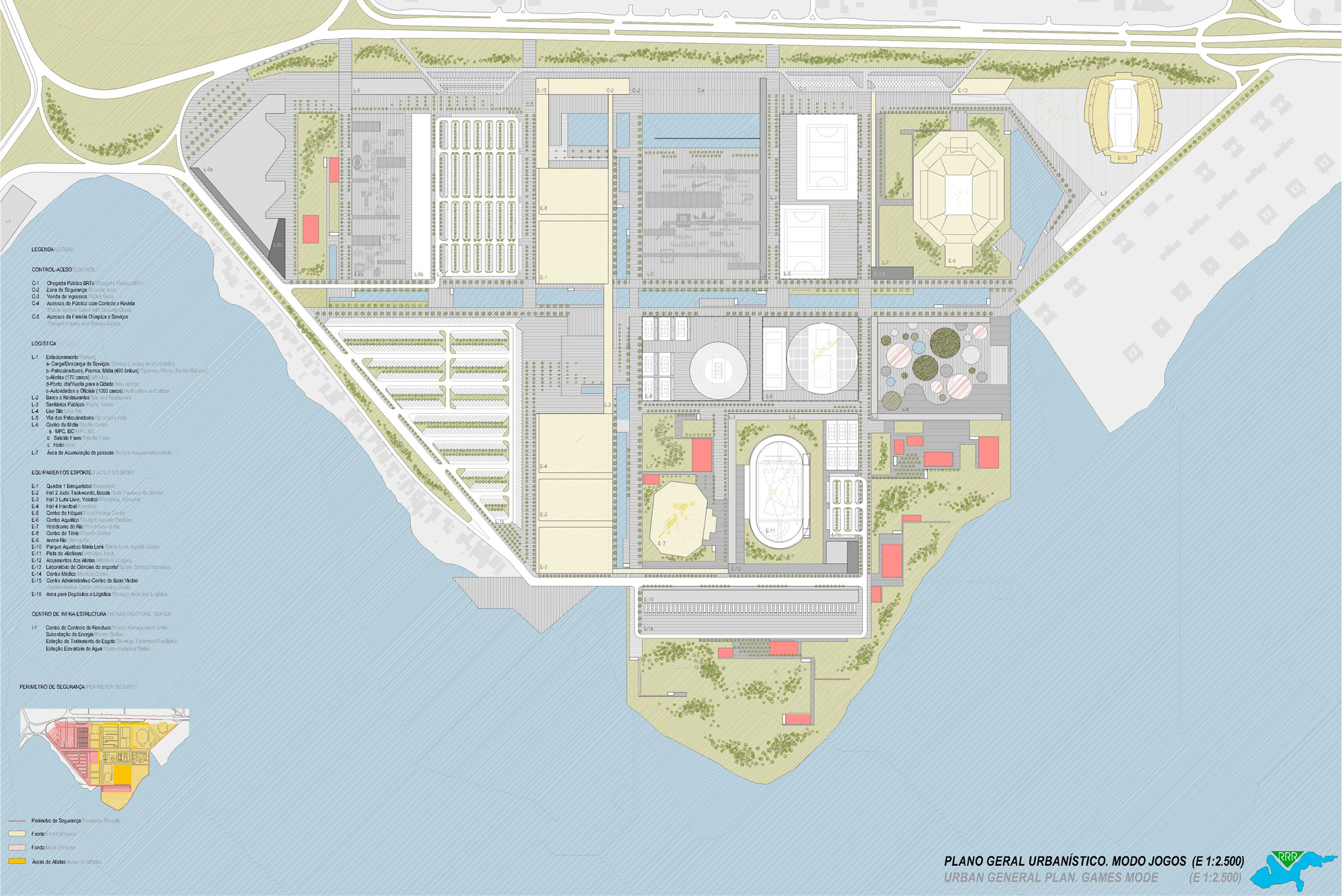 The Project establishes a clear colonization strategy based on three basic arguments: the INTEGRATION OF THE PREEXISTENCIES(María Lenk, Río Arena and Velódromo Sports Facilities), WATER AS A BLACKBONEof the enclosure and the duality between PROGRAMMATIC PERMANCIES AND ARCHITECTONIC HYBRIDISATION. The main singularity of the urban plan is its metamorphic condition. The project must be programmed for its adaptation from Olympic space to urban space.  In the first stadium, for the OLYMPIC ROLE’s key idea is founded on the clarity in the functional organization of the park, and for the CITY’S LEGACY, it supposes the creation of an ECO-NEIGHBOURHOOD by RECYCLING the facilities that are put into operation during the event. The key ideas of this action: BIODIVERSITY+ RECYCLING+ ACCESSIBILITY+ SOCIODIVERSITY+ INTENSITY+ LEGIBILITY.