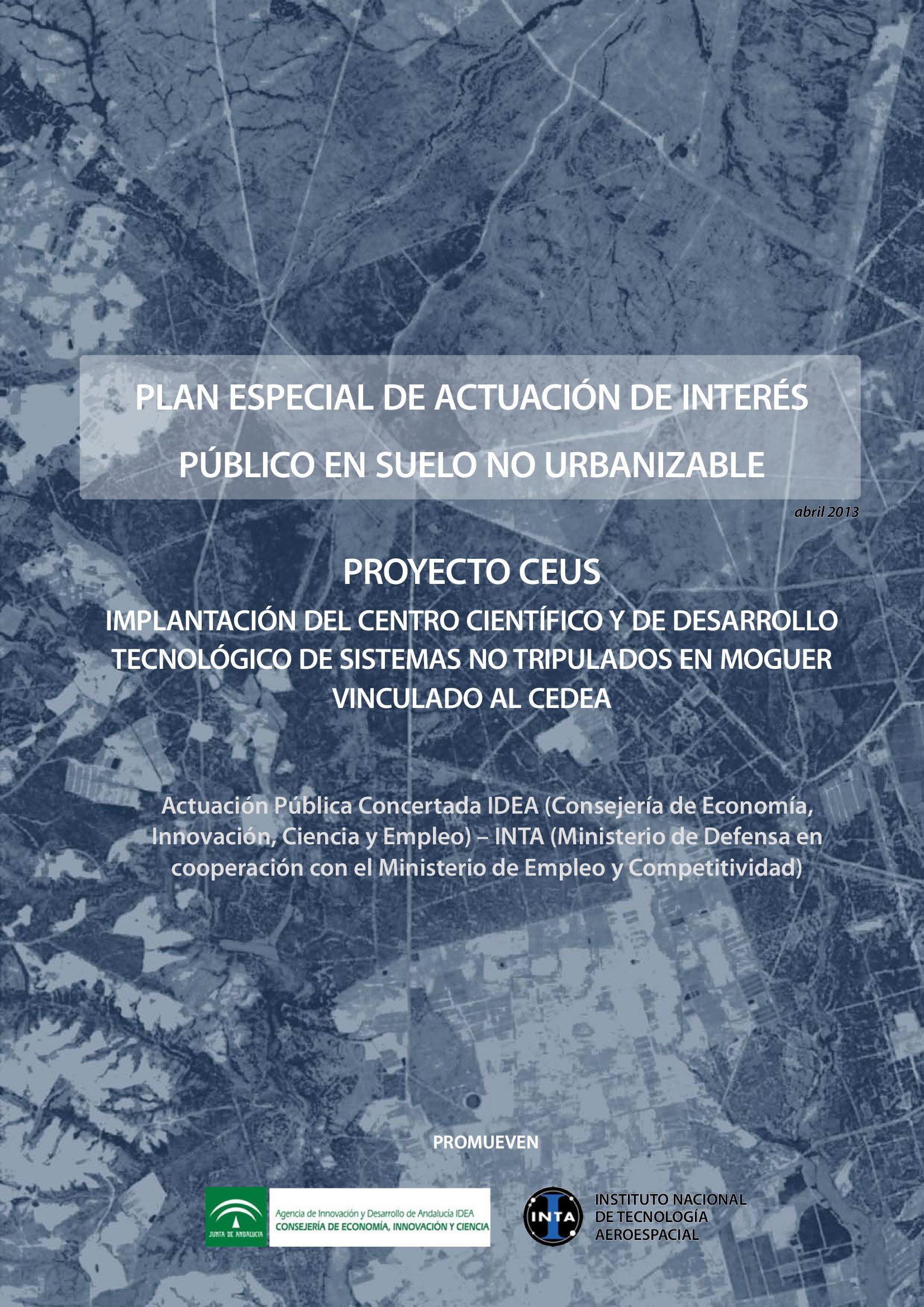 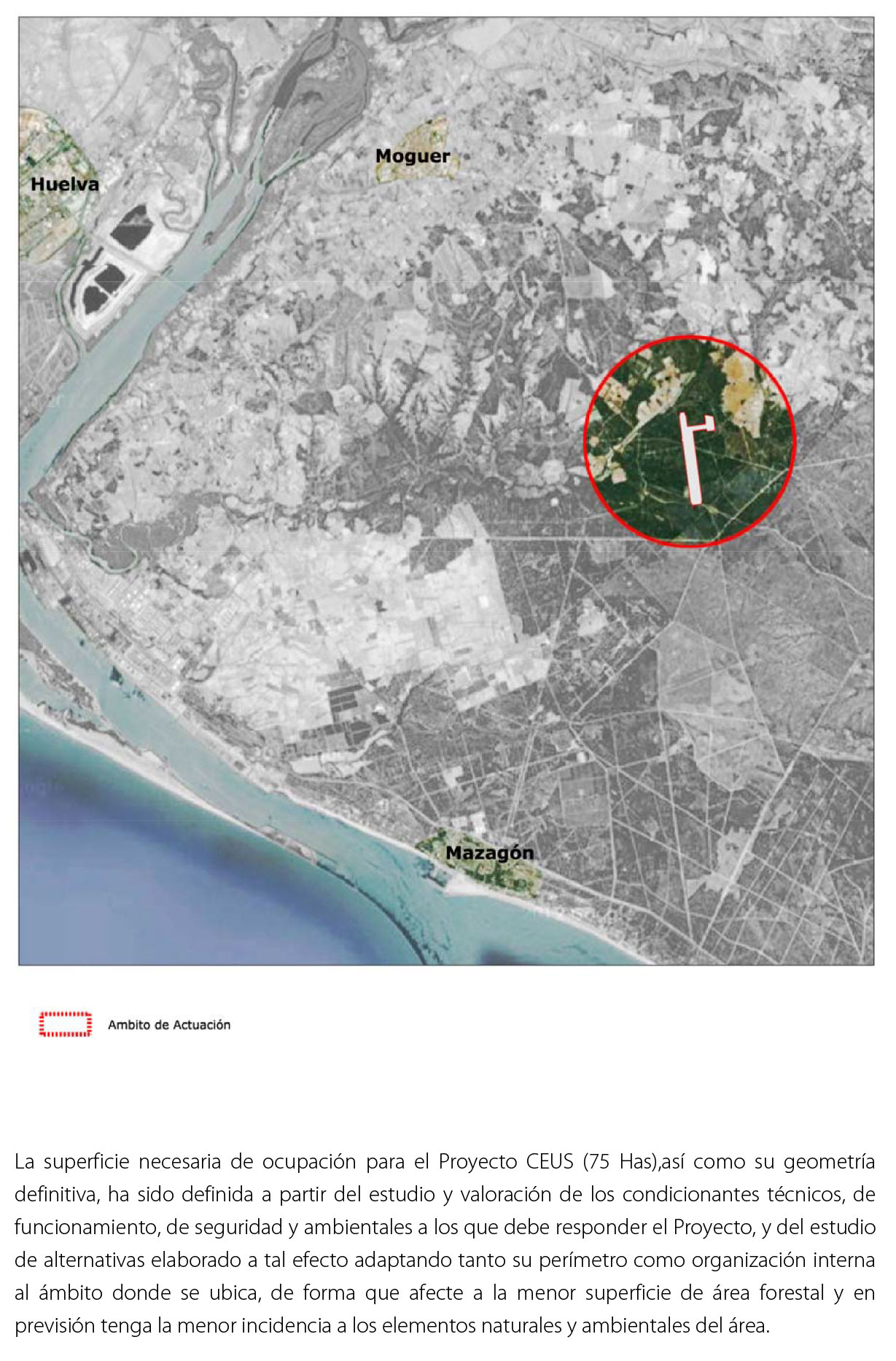 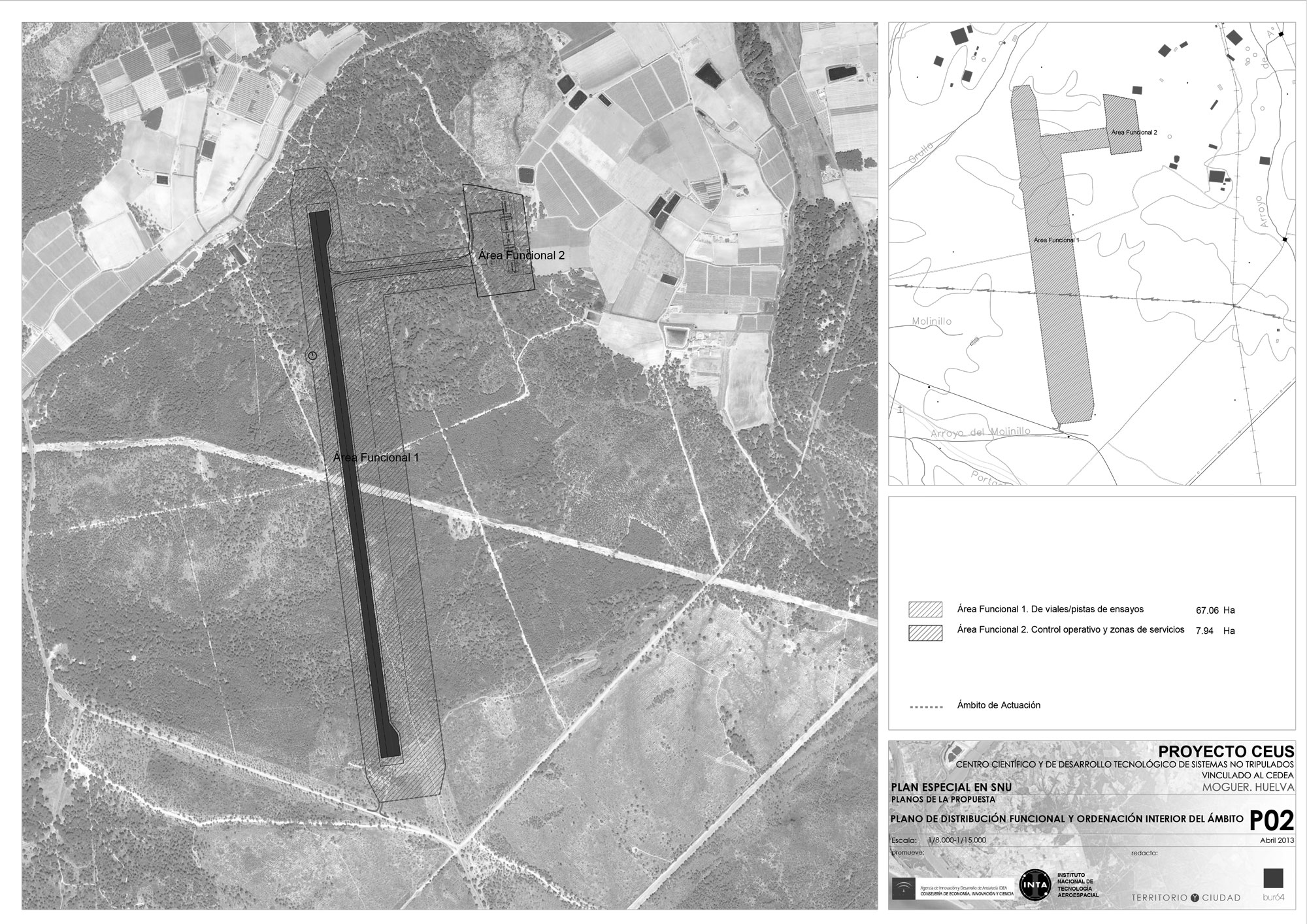 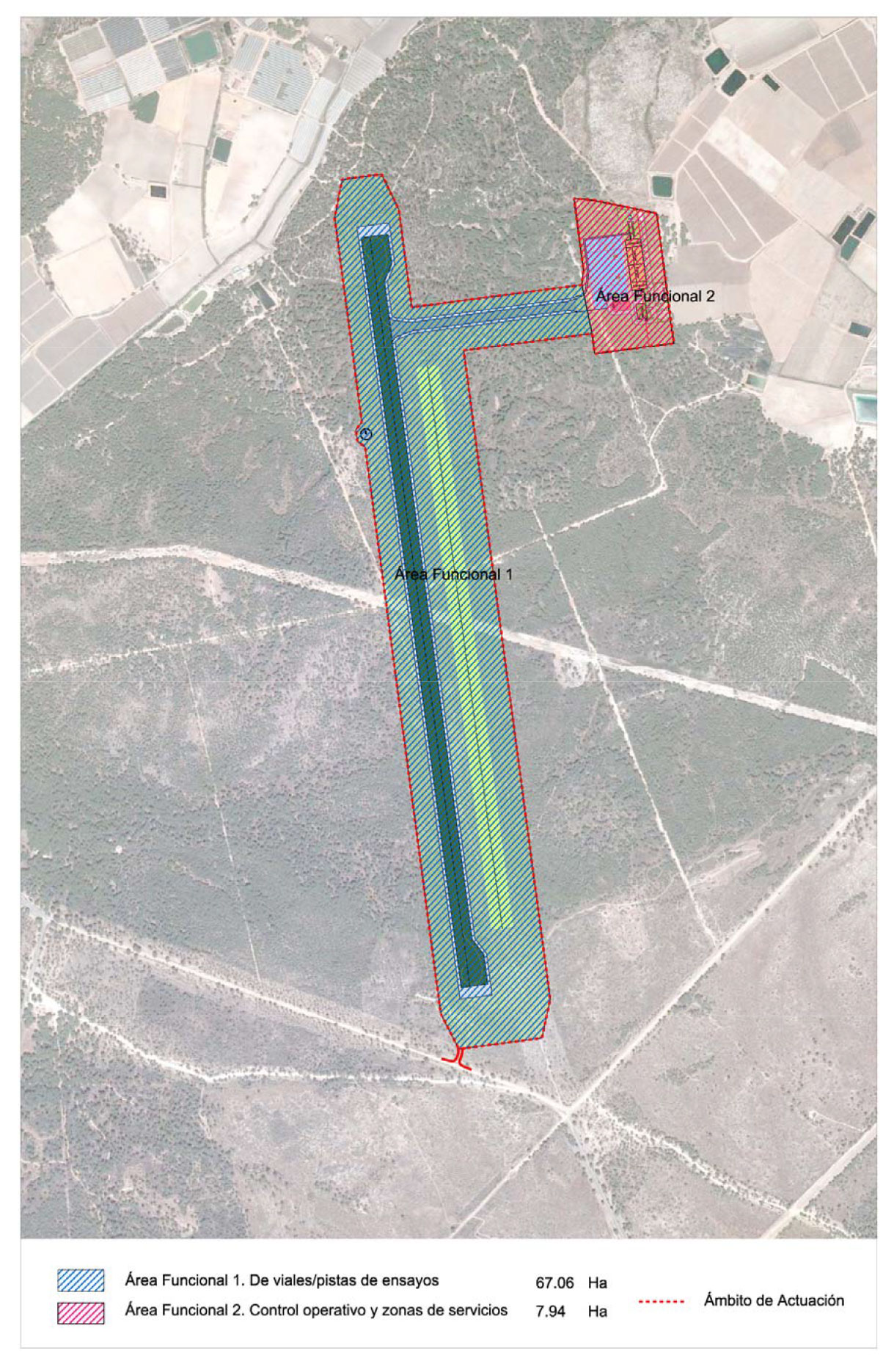 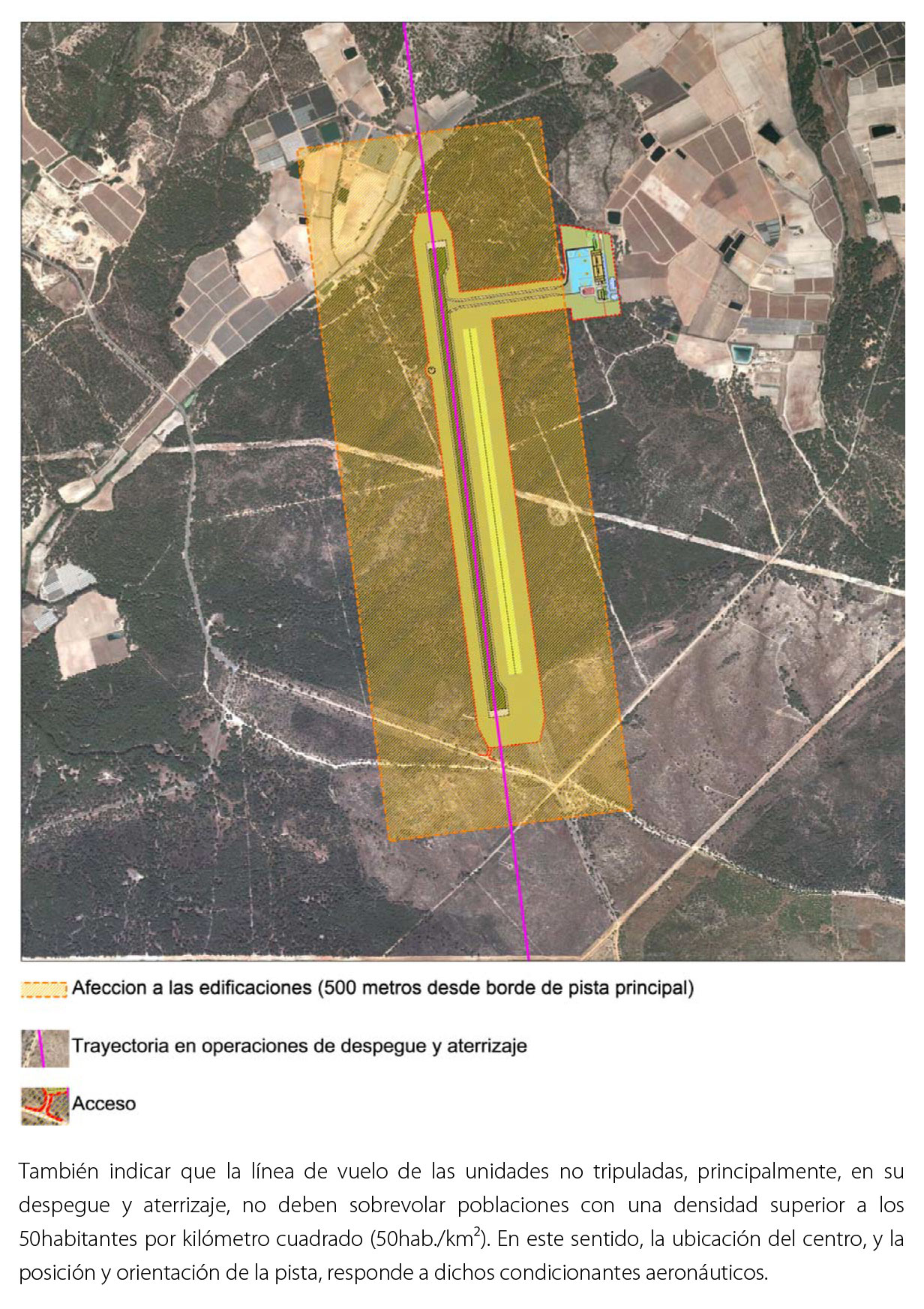 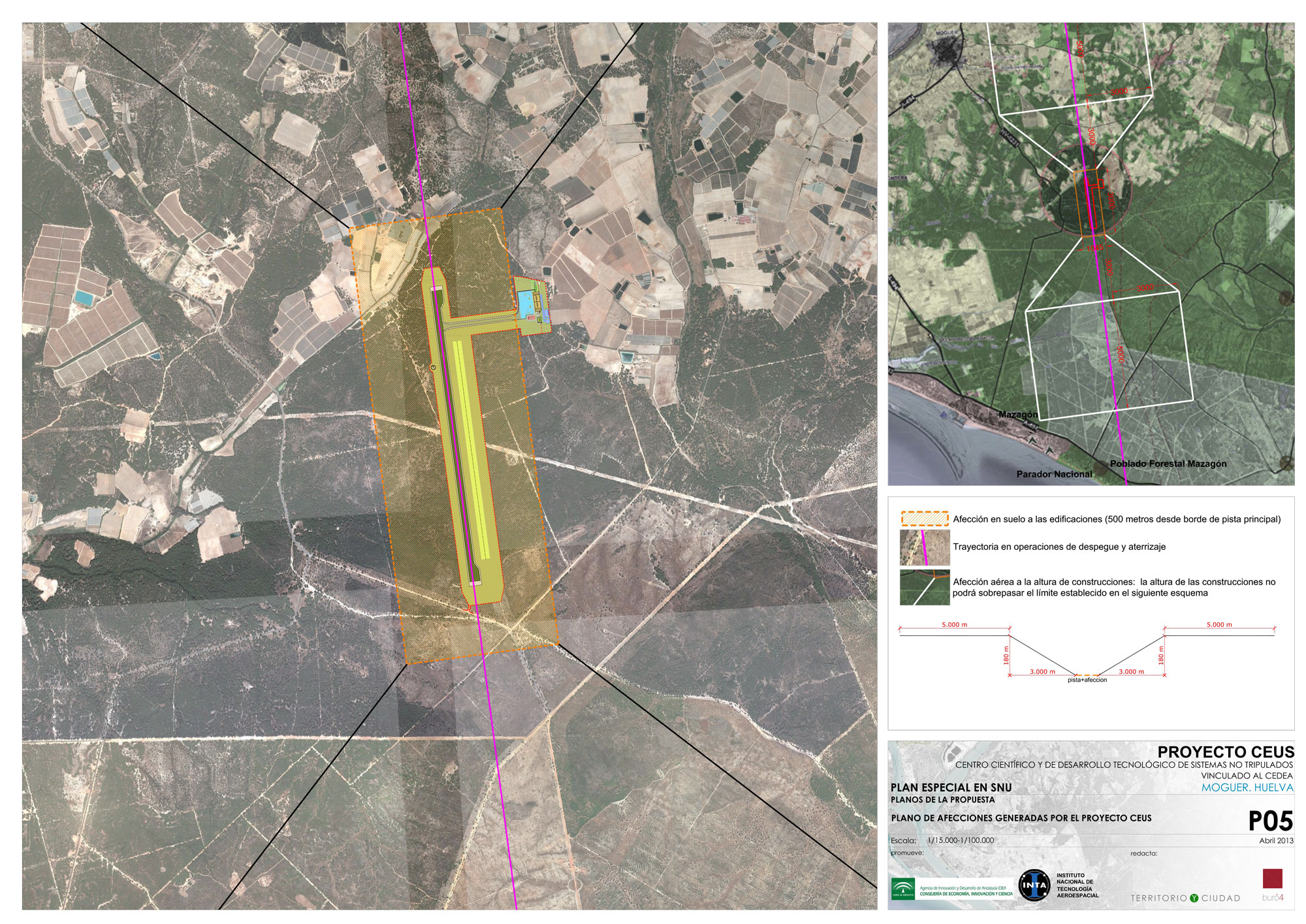 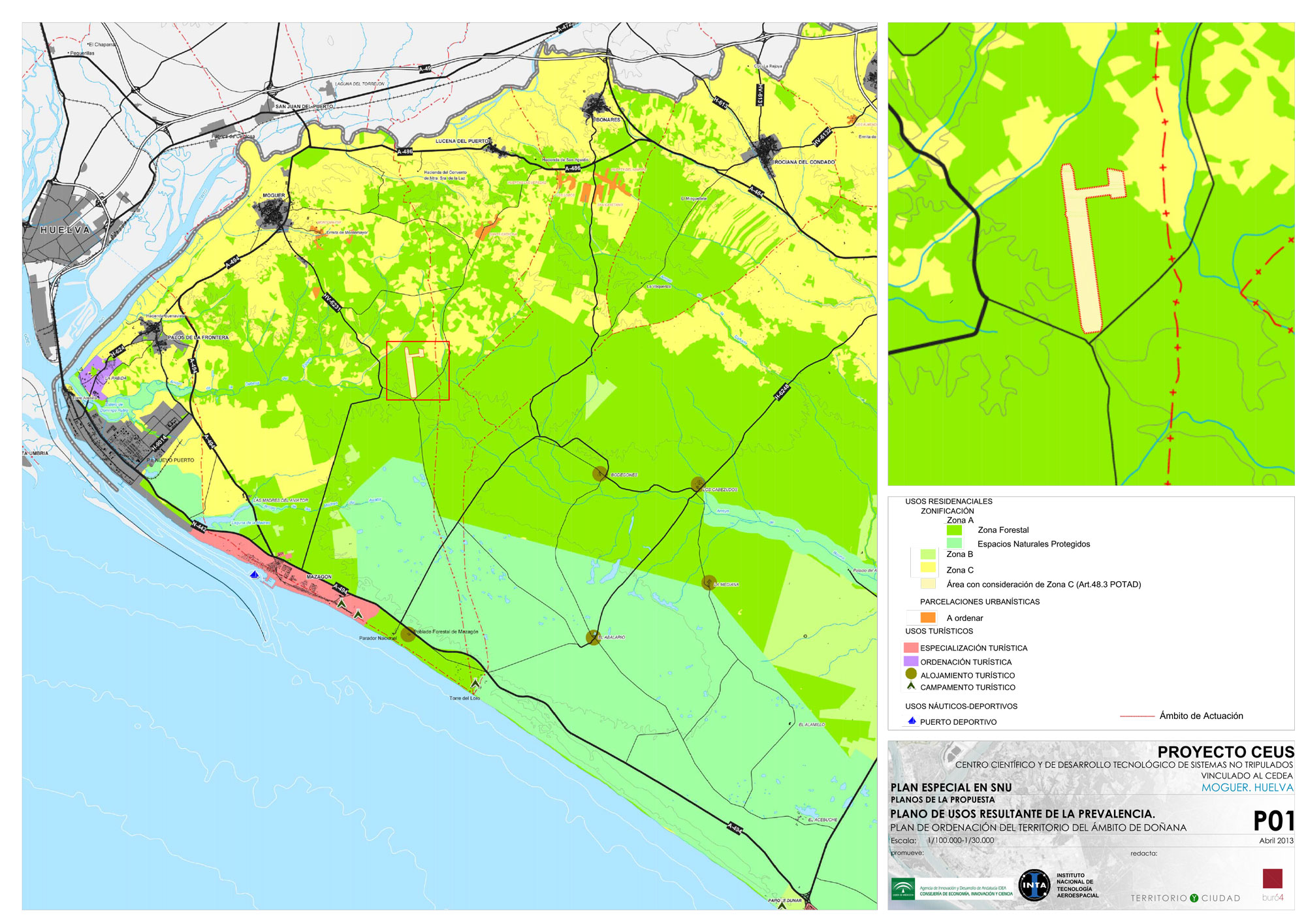 The Project, promoted by the National Institute of Aerospace Technology for the installation of an Unmanned System Test Centre in Moguer, is based on the need to establish a CENTRE OF EXCELLENCEFOR THE DEVELOPMENT AND RESEARCH OF NON-RIPULATED SYSTEMS. The plan derives from the conclusions of a powerful STUDY OF ALTERNATIVES that configurates the final location of the same one, it is also founded on the justification of the RECOGNITION OF THE PUBLIC INTEREST of the intended action and it COMPLIES WITH THE URBAN-ENVIROMENTAL CONTRAINTS in the territory in which it is installed.