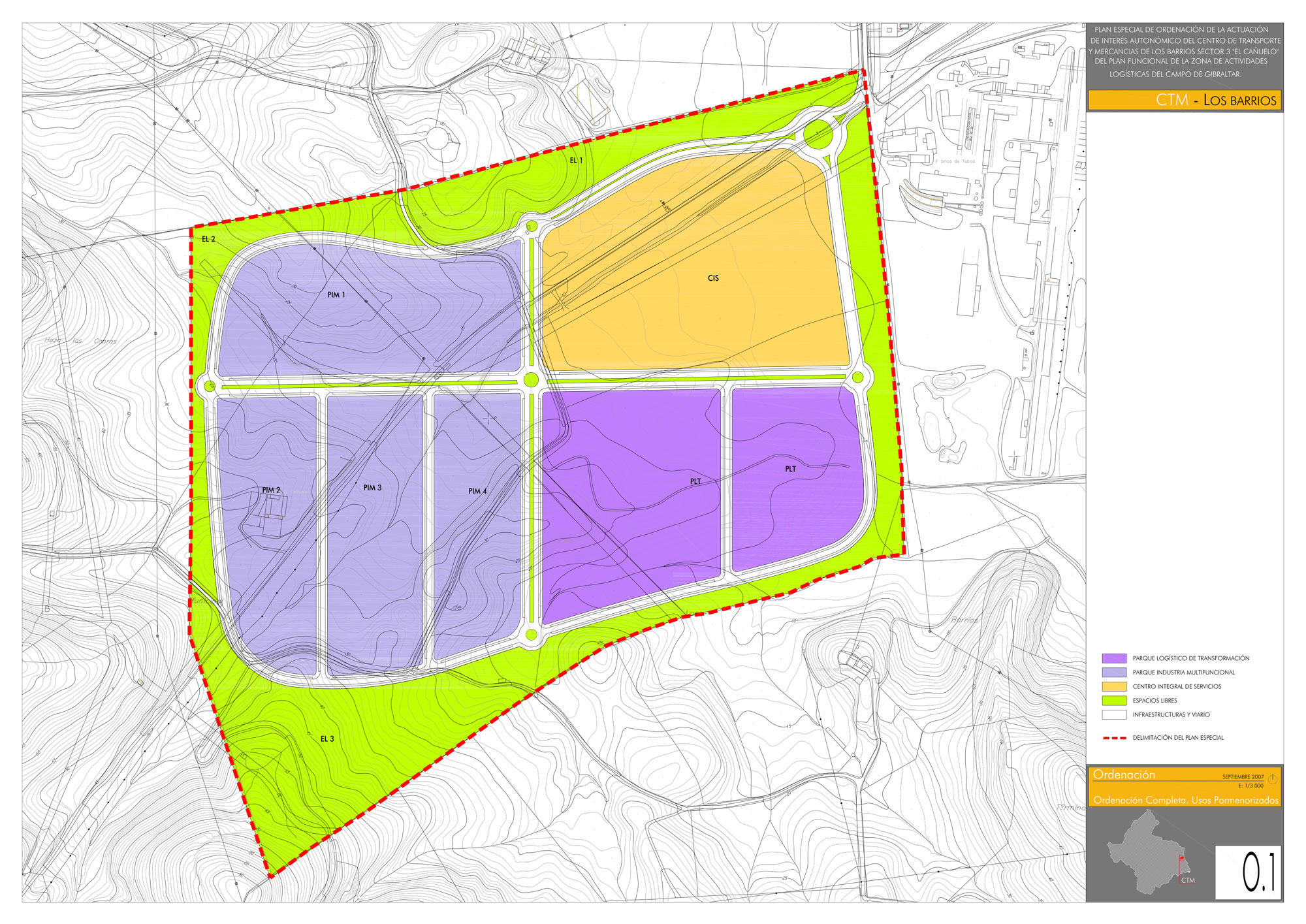 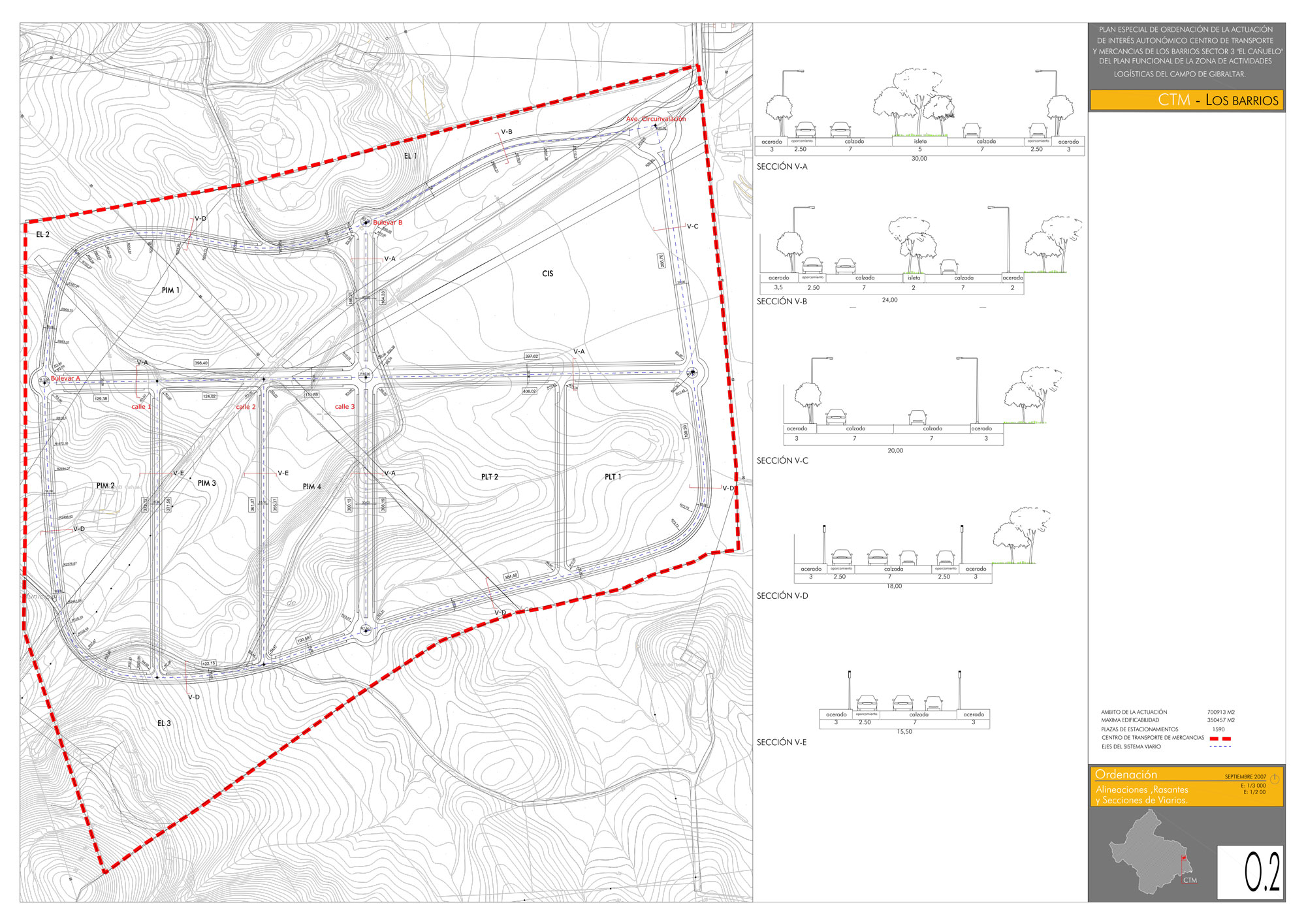 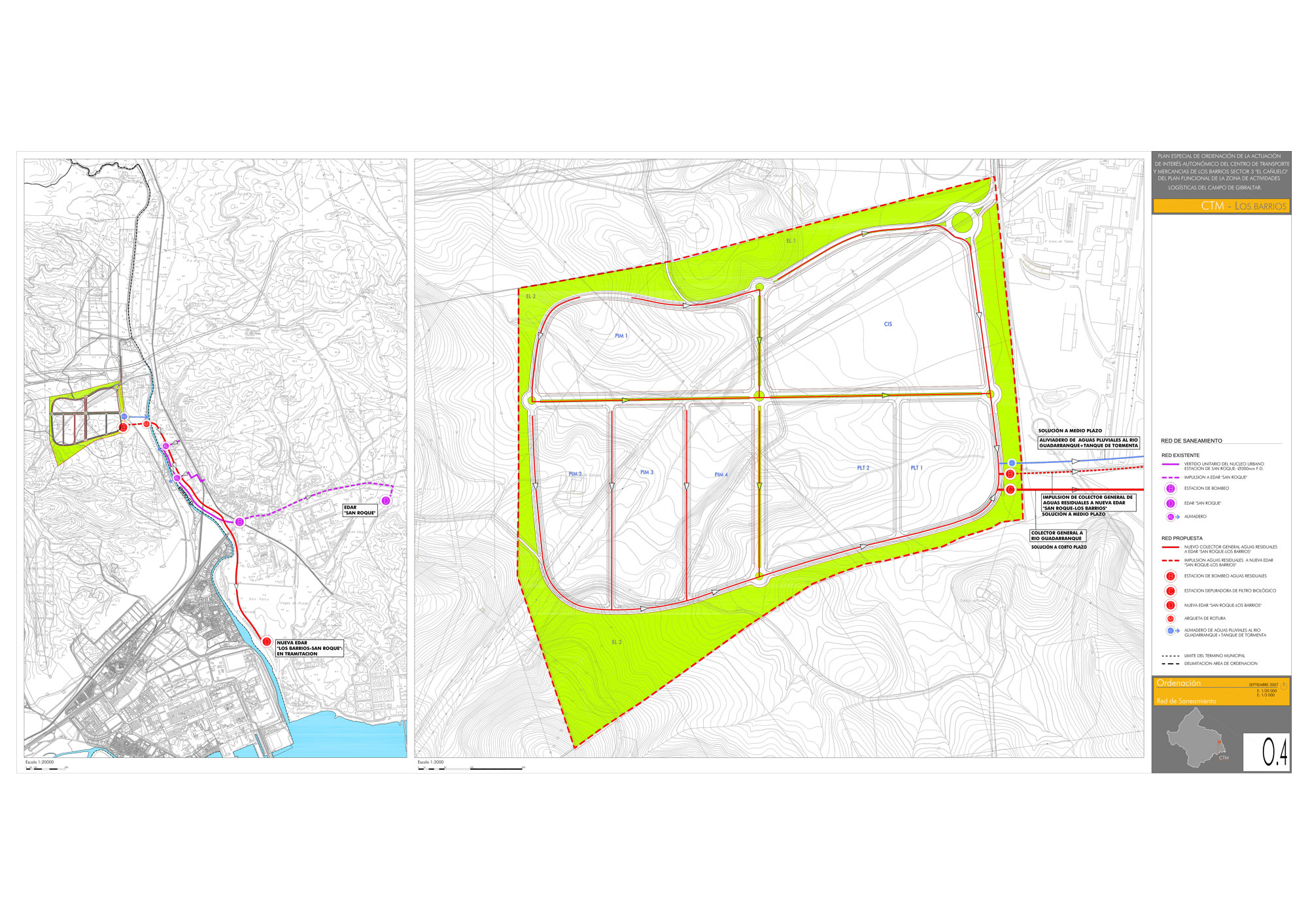 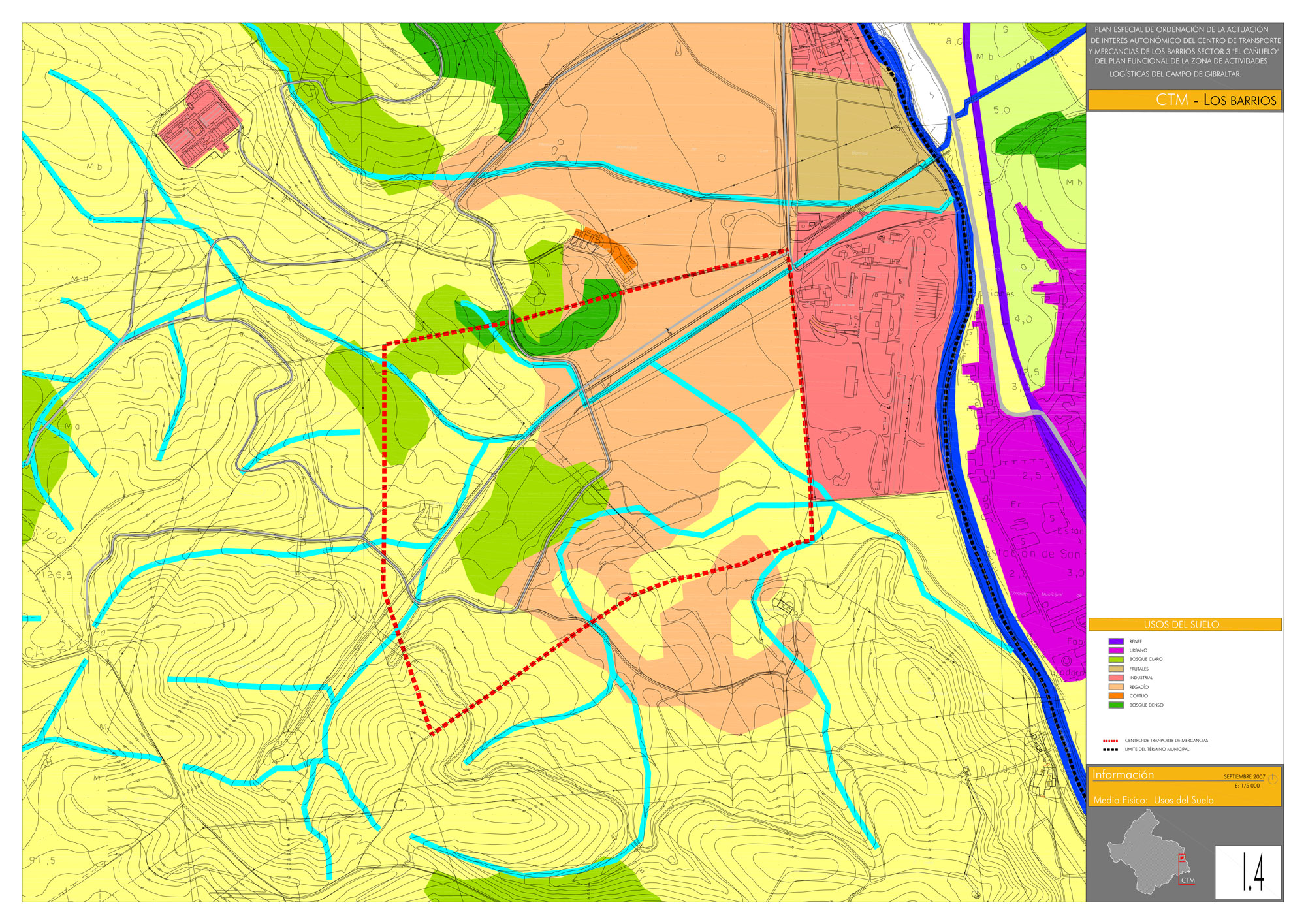 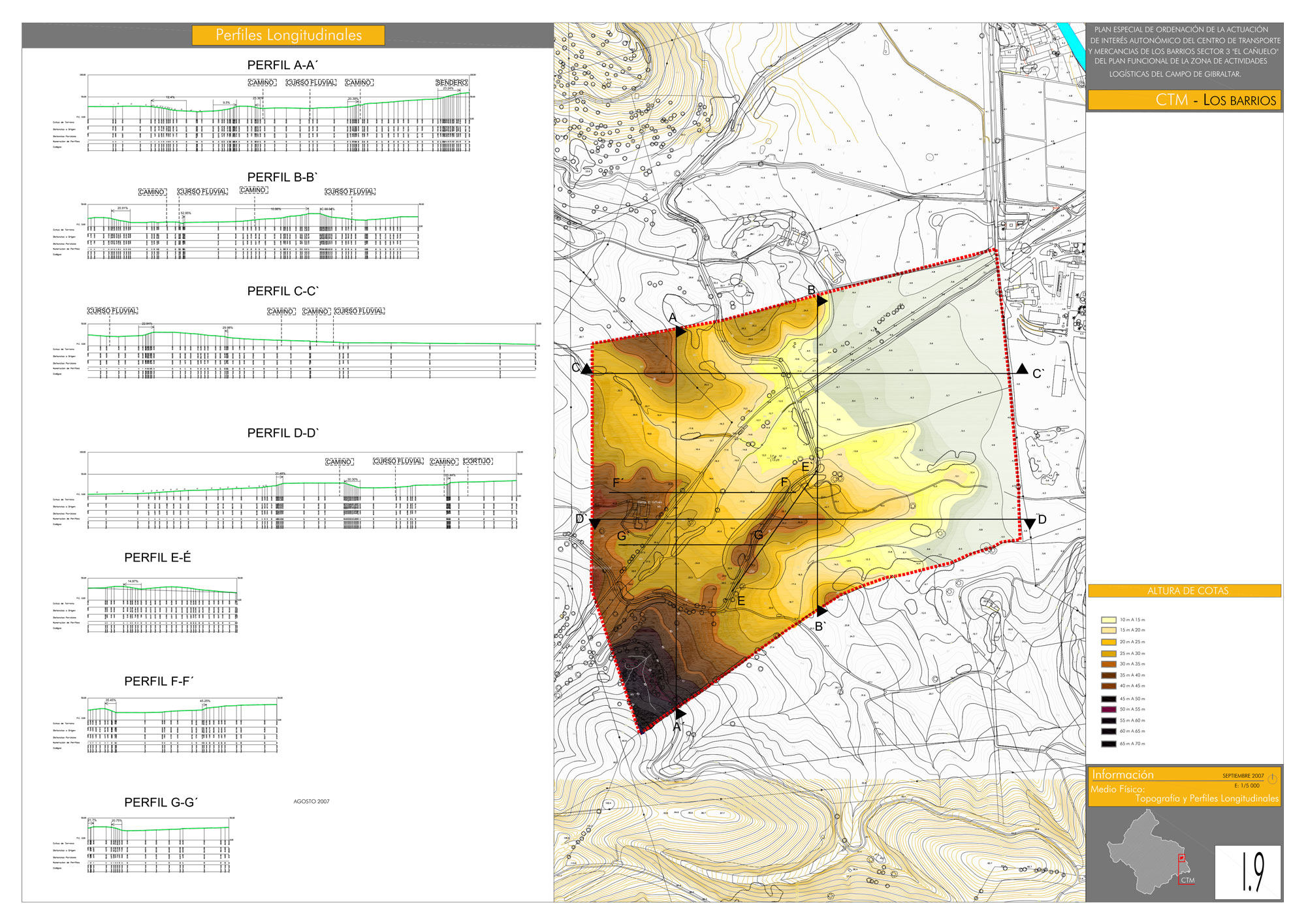 The purpose of this Special Plan is the LEGITIMATION AND DEVELOPMENT of the action of autonomous interest consisting of the implementation of the Transport of Goods Center in one of the sectors located in the Municipal District of Los Barrios that constitute the Logistics Activities Area of Gibraltar Countryside, in accordance with the expected decisions in Law 1/1994 of Territorial Planning of the Autonomous Community of Andalusia, when considering the Transport of Goods Center as actions with an impact on the Planning of the Territory

Located in STRATEGIC AREAS OF METROPOLITAN AREAS and urban regions, they can cover several administrative municipalities or create spaces of relationship between various economic dynamics and constitute an offer of quality and competitiveness at regional and supra-regional level, organizing activities with other areas and conventional polygons. These “RESORTS OF ECONOMIC ACTIVITIES” can, therefore, be defined as spaces with a capacity to concentrate loads and generate synergies far superior to common industrial areas.

The high LOCATION INCOMEof the municipality, cemented in its central position in the Urban Agglomeration and in the large communication and transportation arteries (roads and railways, both existing and, fundamentally, planned) that run through its district, make Los Barrios the OPTIMAL SCENARIO for the location not only of this type of activities but, surely, of any other whose market share has to be analysed and valued from the metropolitan perspective (both productive and residential). Its objectives are: